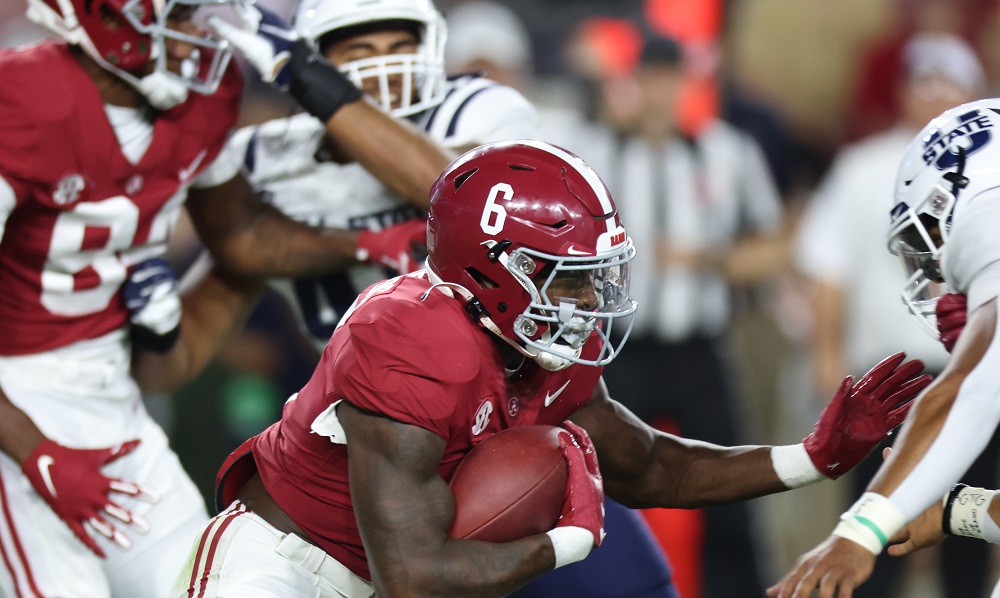 Alabama running back Trey Sanders is searching for a new program to finish his college career. The news was first reported by On3’s Matt Zenitz that Sanders has opted to enter his name into the NCAA transfer portal on Tuesday.

As part of the class of 2019, Sanders played for the Crimson Tide for three seasons appearing in a total of 26 games.

Sanders’ career has been marred by injury as he missed his freshman season with a foot injury. After making his Alabama debut in 2020, Sanders sustained several injuries during a car accident which again sidelined him.

In 2021, Sanders made another recovery and was called upon late in the season as the Crimson Tide’s running backs room saw several injuries.

For his career, Sanders recorded 116 carries for 528 rushing yards, and three rushing touchdowns, along with nine receptions for 66 receiving yards in his three seasons.

Alabama has just one game remaining in its regular season which will take place this Saturday when it takes on Auburn in the Iron Bowl inside Bryant-Denny Stadium.