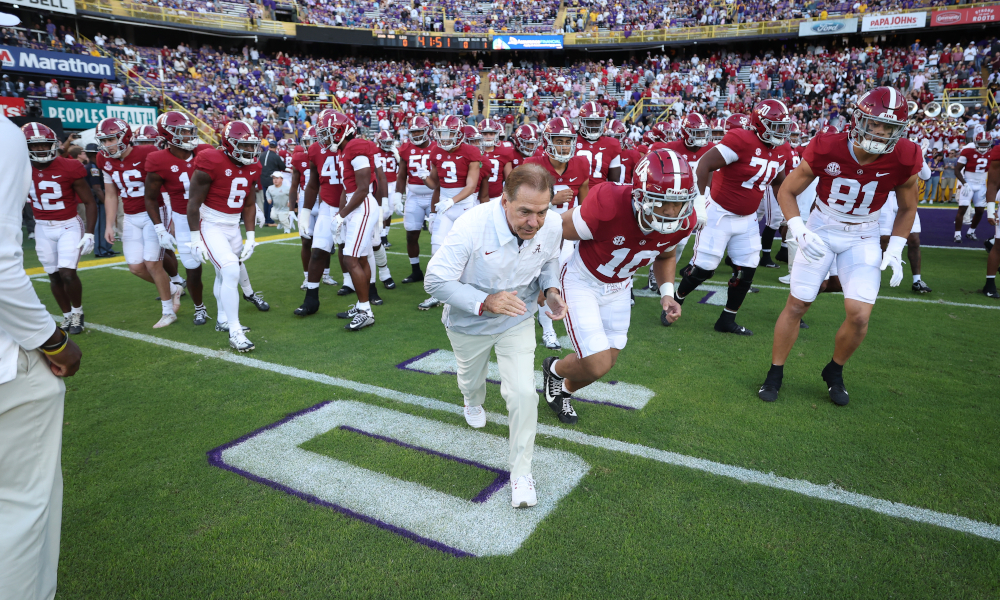 Not meeting primary goals is a difficult experience, regardless of what stage in life someone is in.

The University of Alabama football program enters each season with two goals. Nick Saban wants to win a Southeastern Conference Championship and a national championship. Alabama is out of the conversation for both with two losses as it has been a disappointing season, despite having 10 wins, by the Crimson Tide’s standard. Tide fans were hoping the College Football Playoff Committee would give the team a break and have it at No. 5 in the rankings; however, Alabama came in at No. 6.

RELATED: CFP chairman explains why Alabama is behind Ohio State

Coach Saban would need more chaos to happen in conference championship week for an opportunity, but missing out on the playoff could serve as a blessing in disguise for the Tide. It would be only the second time since the CFP originated in 2014 that Alabama has missed out. Coach Saban won CFP National Championships in this era in 2015, 2017, and 2020. He came close in 2016, 2018, and 2021, but lost twice to Clemson and once to Georgia. The Tide missed the CFP in 2019 after falling to Louisiana State University and Auburn University in the regular season. Multiple injuries to quarterback Tua Tagovailoa and losing its starting inside linebackers — Dylan Moses and Joshua McMillon — for the regular season hurt Alabama. Mac Jones led the team to a 35-16 victory over Michigan in the Citrus Bowl. His performance fueled his confidence and the Tide as a team to run college football in 2020 to an undefeated national championship season. Alabama ran through all opponents in a COVID-shortened year.

Whether it has the Sugar Bowl, Orange Bowl, or any other marquee bowl matchup, the Tide should take advantage of a chance to evaluate which players earn starting roles next spring and next season. Alabama will have competition at quarterback, wide receiver, offensive line, linebacker, and defensive back. Saban wants to reestablish a dominant culture in Tuscaloosa, and it starts with having the right pieces on the field. Alabama did not make it to the BCS National Championship Game in the 2010 season; however, it used the bowl game to demolish Michigan State. Whoever the opponent is for the Tide, Saban has to make it a point to enter the offseason on a high note. Some changes need to happen on the coaching staff and six players have entered the NCAA transfer portal this month, but not being in the CFP may be a blessing for Alabama. The program has a shot to refocus itself.