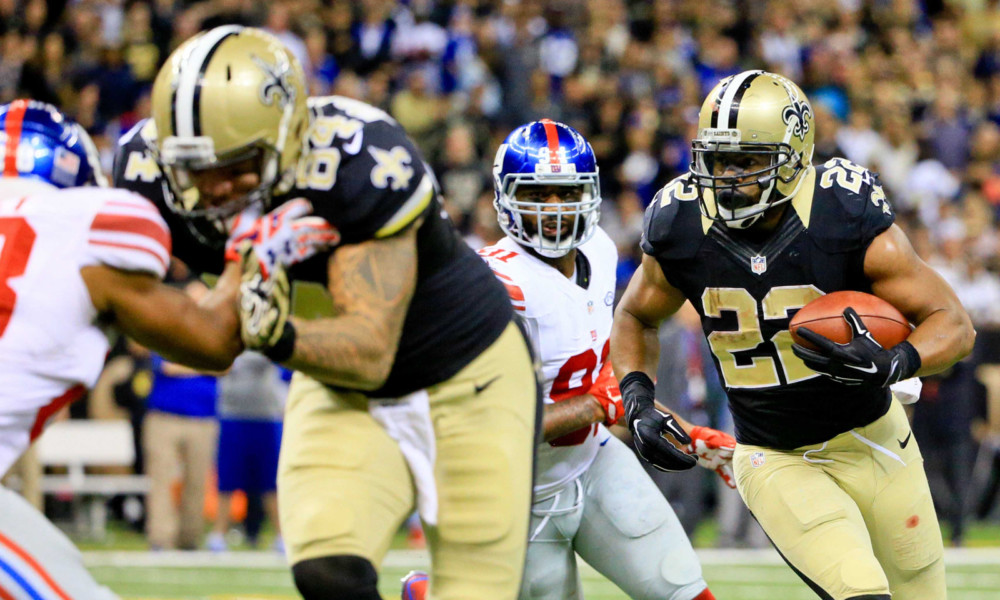 Mark Ingram has been one of the best surprises of the year in fantasy football. He got into double digits for the sixth time this season on Sunday against the Giants. Even though Drew Brees didn’t throw one of his seven touchdown passes to him, Ingram managed to average 5.9 yards on every touch.

Ingram did not get into the endzone for the first time since week six. He is currently the number two running back in ESPN’s standard scoring leagues, just behind division rival Devonta Freeman. Ingram has surpassed 100 yards rushing in just one game so far this season but has been a factor in the Saints’ passing game as well.

Last week, New Orleans continued to show that they were a pass-heavy offense but Ingram was on the field for a lot of those downs. Backup C.J. Spiller managed to get a receiving touchdown but it was still Ingram who got the most touches. Khiry Robinson was taken out on the cart and is said to be done for the season, meaning Mark Ingram could be seeing even more work in the ground game. If that happens, the coaches may want to give Spiller the majority of passing downs to keep Ingram fresh.

This week, Ingram and the Saints will host the Tennessee Titans, who have been strong against the run so far this season. In their three away games, they have allowed a combined 34 fantasy points to running back and just one touchdown. Last week they shut down a beat-up rushing attack of the Houston Texans but allowed 113 yards and a touchdown to Lamar Miller in week six. The Titans aren’t a good team this season and the Saints should be able to win.

If the Saints can manage to get an early lead, expect Ingram to be the go-to guy in the second and third quarters to help maintain the lead.