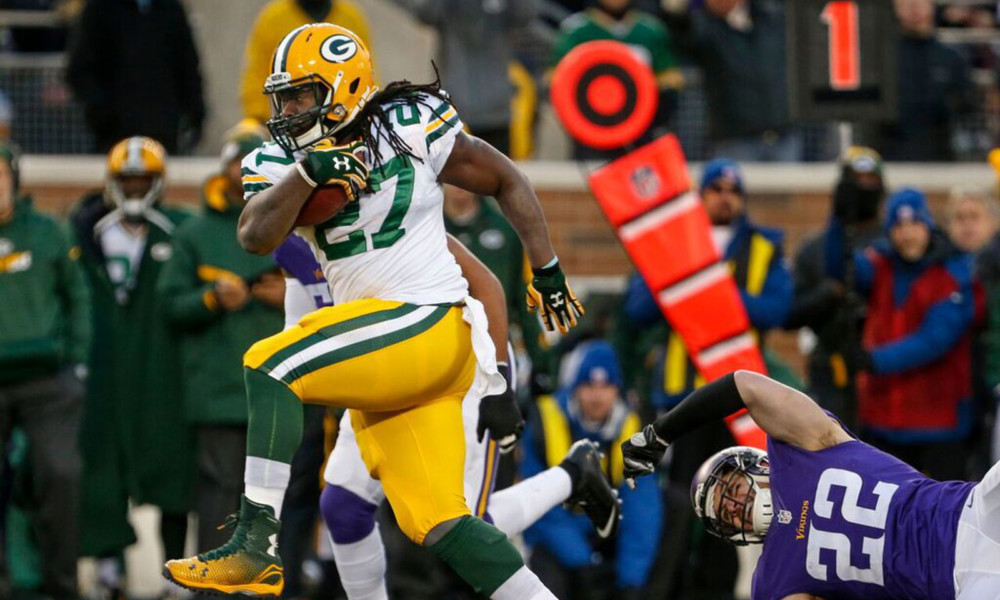 Eddie Lacy may have his spot back as the go-to guy in the Packers backfield. He had 22 carries for 100 yards last week against a strong Minnesota defense. It was a season high for Lacy in both carries and rushing yards after struggling for most of the year. It was his first double-digit fantasy performance since week one against the Chicago Bears.

This week, that Bears team travels to Lambeau Field for some Thanksgiving football. In the season opener, the Bears allowed Lacy to run for 85 yards and a touchdown. That was just one of two rushing touchdowns for Lacy this year and only one of three rushing touchdowns allowed by Chicago all season.

Assuming Lacy’s health is at 100 percent, the short preparation week may give an edge to the Packers rushing game. The Bears were worn down by the Broncos running game last week, allowing 161 yards on 33 carries in the 17-15 loss to Denver. Chicago’s defense has allowed at least 10 fantasy points to a running back in four consecutive weeks, despite only allowing one rushing touchdown in those four weeks.

Head coach Mike McCarthy said that both Lacy and James Starks will stay involved in the offense, which could be bad news for fantasy owners. You may never be able to tell which running back will have the hot hand and get the most touches. However, what we have seen from Lacy in the past suggests that he is the superior back and should continue to get the most carries. He could even move into a number one running back slot on your fantasy team with the favorable matchup against the Bears.