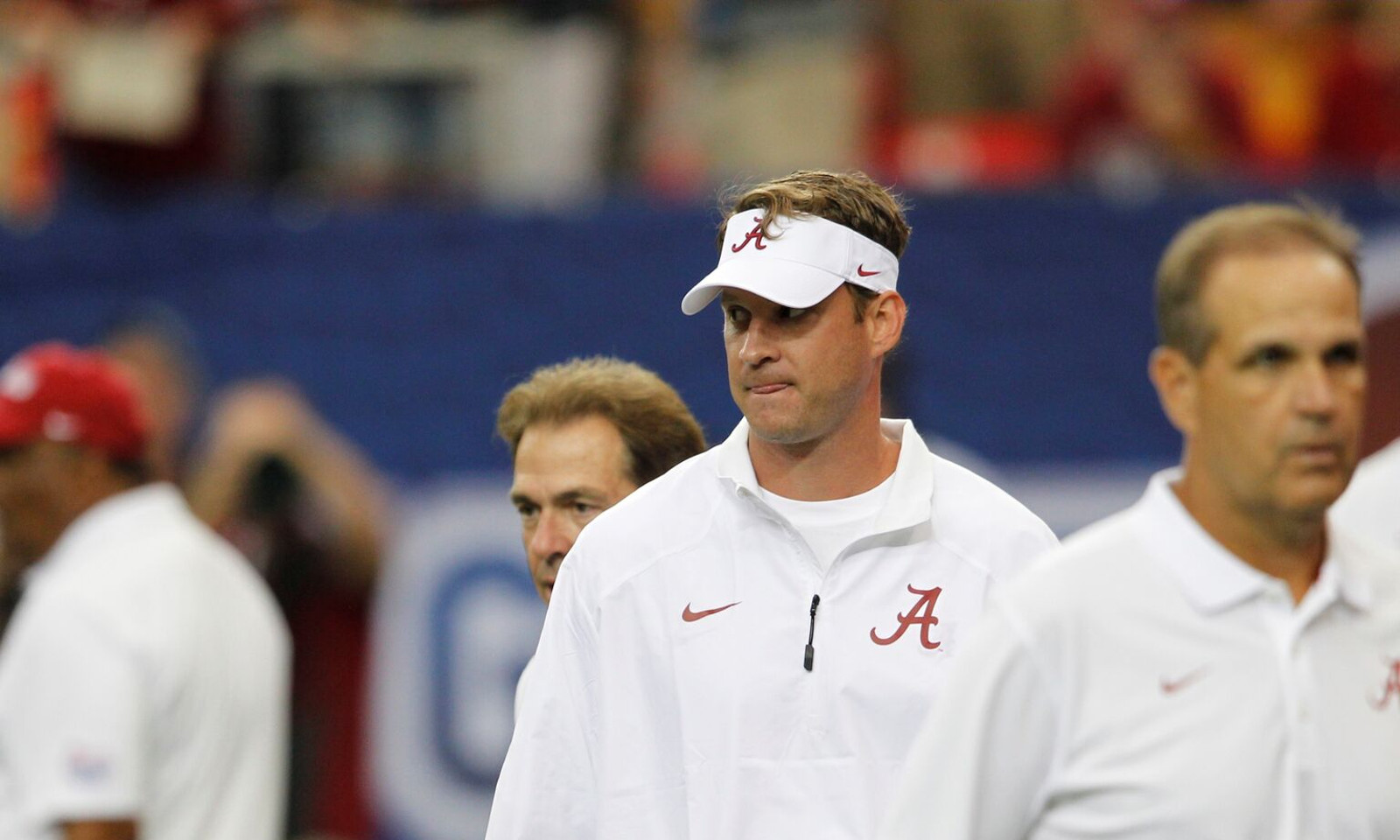 (*The person to the right of photo is Steele)

Auburn head coach Gus Malzahn hired a former crimson and white member to his entourage Wednesday in defensive coordinator Kevin Steele. Steele, 57, was at Alabama from 2007-08 as an assistant and linebackers coach. He would return in 2013 to serve as director of player personnel and in 2014 at linebackers coach. The Crimson Tide allowed 15.5 points per game under Steele and recorded 31 sacks in 2014.

Auburn’s move to hire Steele was brought on by the one-year marriage of Malzahn and defensive coordinator Will Muschamp ending on Dec. 6, the day Muschamp was announced as South Carolina’s newest head coach. Steele looks to improve a Tigers’ defense that allowed 26 points per game. Its defensive front put in 17 sacks, while its secondary forced 13 interceptions. Auburn finished the year at 7-6, winning the Birmingham Bowl over Memphis 31-10. It overcame three mistakes in the victory.

Steele was at Louisiana State University, prior to Wednesday’s hire. LSU surrendered 24.3 points per game, while sacking 34 quarterbacks this season. The Tigers were plus seven (17 takeaways, 10 giveaways) in the turnover margin, prior to its bowl game against Texas Tech. LSU handled the Red Raiders 56-27 in the AdvoCare V100 Texas Bowl, improving to 9-3. Steele was at Clemson as defensive coordinator from 2009-11.

Listed below are the details inside Steele’s contract with Auburn