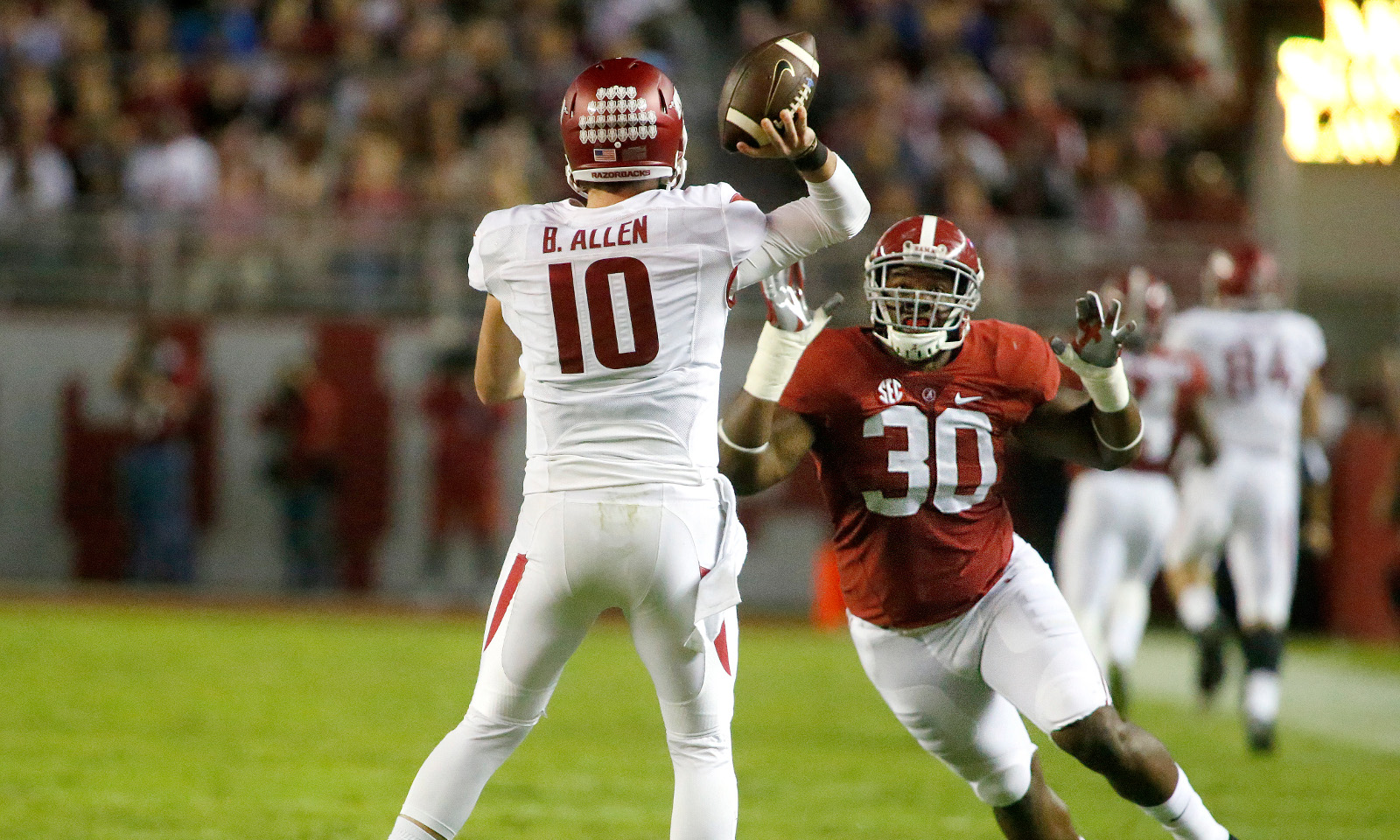 Only a few know how good linebacker Denzel Devall could have been, if not for an ankle injury against Ole Miss in 2014.

Regardless of the mishap, he grew into a seasoned veteran at jack linebacker after earning the starting job in 2013.

He received Freshman All-American honors via Sporting News in 2012, a season in which he totaled 18 tackles, three tackles for loss, two sacks and three quarterback hurries.

His footwork and hip movements were sound in agility drills. Devall showed the ability to backpedal and track the football, along with possessing a firm hand strike in pass rush drills.

He was clocked at 5.14 seconds in the 40-yard dash, according to Roster Watch.

Devall has the frame to be a good edge rusher, yet he has to stay low in coming off the ball. Multiple NFL scouts saw him being a little too upright in his approach to rush the passer.

Devall played both at rush linebacker and defensive end at Alabama. Eight NFL teams are in need of defensive linemen, while six franchises could use a reliable outside linebacker.