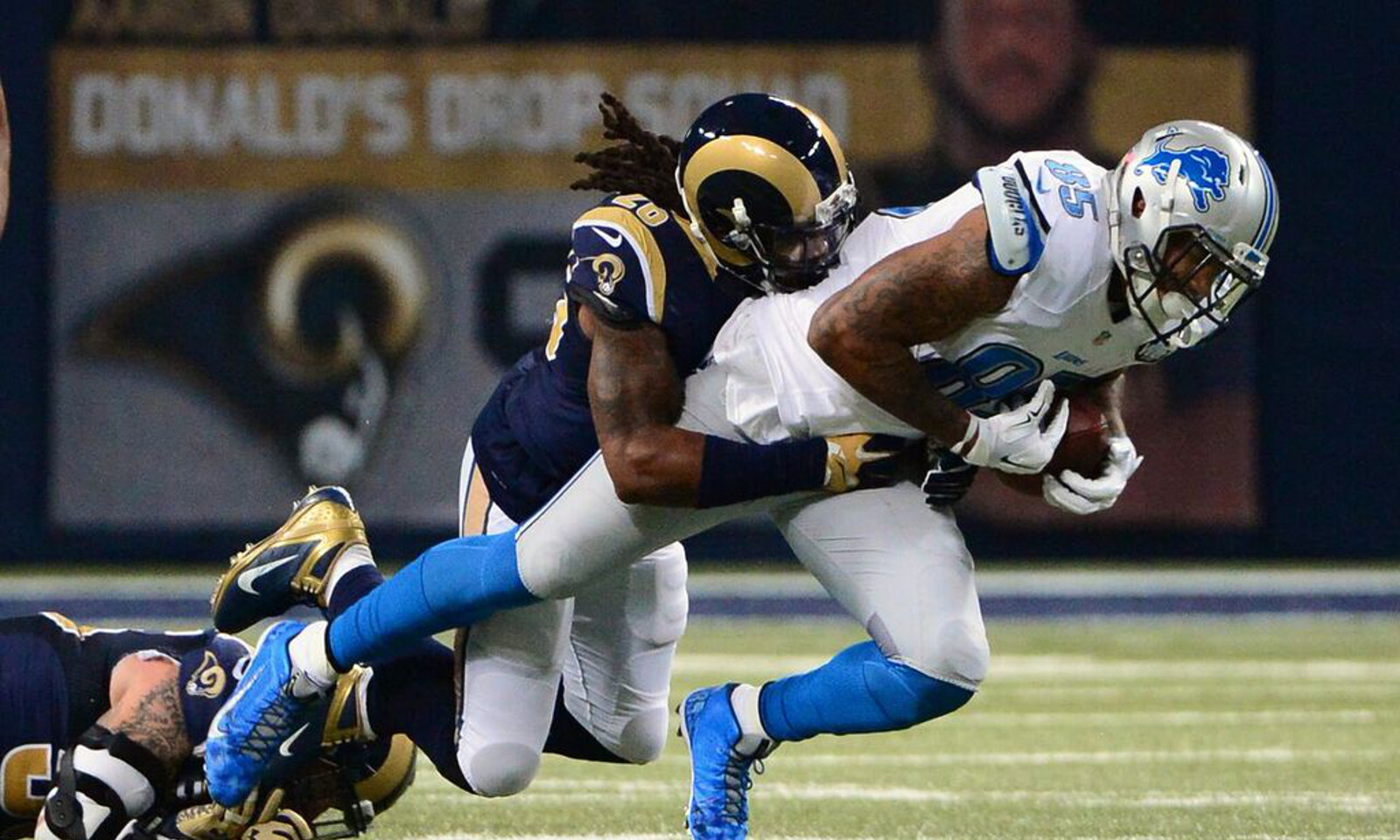 Mark Barron was among the leaders in total tackles during three of four seasons at Alabama (2009-11).

The former Crimson Tide standout had 74 tackles and a team-high seven interceptions as a sophomore in 2009, guiding the team to its first national title under head coach Nick Saban.

His career ended with 231 tackles, 22 pass breakups, 12 interceptions and 13 tackles for loss. Barron celebrated two national championships and a Southeastern Conference title (2009), yet he faces a new challenge as a professional.

The Los Angeles Rams, who re-signed Barron to a five-year deal, lost linebacker James Laurinaitis and defensive back Janoris Jenkins to free agency.

Laurinaitis, a seven-year veteran, finished second on the team in tackles (109) last season.

He also added a sack, a pass breakup and a forced fumble.

The ex-Ohio State Buckeye amassed 852 career tackles, placing him first all-time in franchise history. Laurinaitis’ tenure as a Rams ends with 34 pass breakups, 16.5 sacks, 10 interceptions and two forced fumbles. He was selected in the second round (35th overall pick) of the 2009 NFL Draft.

Laurinaitis agreed to a contract with the New Orleans Saints on Wednesday.

⚜ WHO DAT!!! ⚜ I'm honored and excited to be joining the Saints Organization!!

Jenkins, a four-year cornerback, had a productive season in 2015. He collected 64 tackles, 15 pass breakups and three interceptions. Jenkins agreed to a five-year, $62.5 million deal with the New York Giants back on March 9, the start of NFL free agency.

Barron’s $45 million contract came off his efforts, converging on 116 tackles (team high), a sack, 18 tackles for loss and five pass breakups. His size—6-foot-2, 213 pounds—allowed him to play at strong safety and outside linebacker in the absence of Alec Ogletree last season.

He was a three-time first team All-SEC selection (2009-11) and a unanimous All-American selection in 2011 with Alabama. Now, Barron has the task of anchoring an NFL defense.