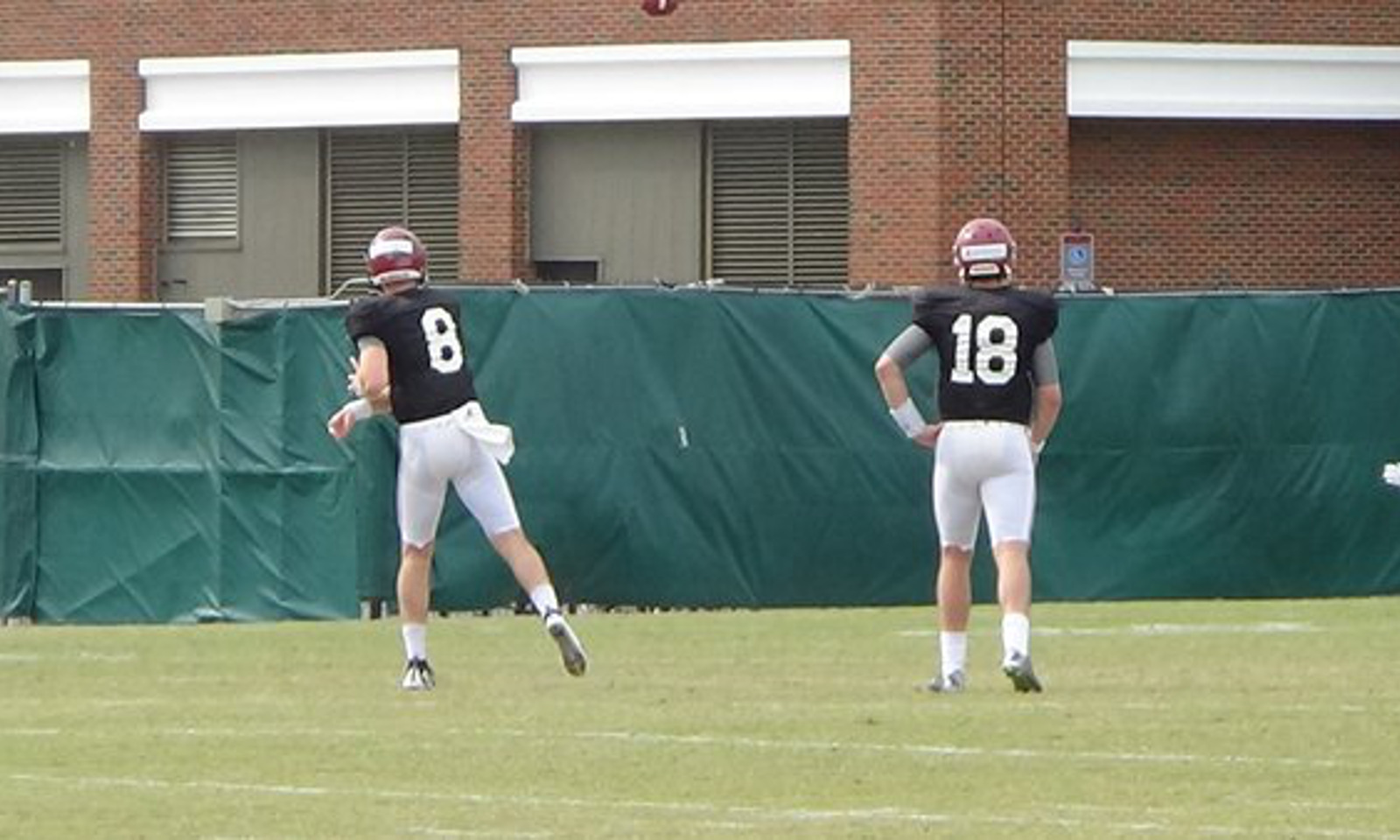 Alabama coach Nick Saban used all three phrases to describe the full result of the Crimson Tide’s second scrimmage last week. Saban’s group is one of many that is looking for a competent quarterback to start next season. Redshirt junior Cooper Bateman and redshirt sophomore David Cornwell were two players that Saban was pleased with last week, but no one has won the team yet.

“All the quarterbacks did some things today and made some plays,” Saban said after Saturday’s scrimmage. “Nobody that I can say stood out, but all made some good plays.”

It was a different dynamic when Saban arrived in 2007.

He wanted all quarterbacks to manage the game and play behind a stingy defense and a strong rushing attack.

The formula worked during his first seven years, as Alabama won three national championships and two Southeastern Conference titles. Since then, the game has changed.

College football has open its doors to more creative offensive minds, dual threat quarterbacks, physical receivers and a faster pace of play. Taking this all into consideration has forced Saban to adjust with the times. The Crimson Tide became more a passing team in 2014, despite having two running backs—Derrick Henry and T.J. Yeldon—near 1,000 yards.

Lane Kiffin has been a smooth addition, balancing the offense to an average of 36 points and 400 yards in the last two seasons. Finding a quarterback is important; however, it is not the only issue Alabama faces. For the first time, it looks to replace a 3,000-yard passer and a 2,000-yard rusher.

Regardless of wanting to keep a good touchdown to interception ratio, Saban will need a signal-caller that is not afraid to take some shots downfield.

Bateman and Cornwell were once again names Saban mentioned that moved the team well, yet freshman Jalen Hurts was dropped into the conversation too.

“There is still a lot of competition at these positions,” Saban said.

“Taking care of the ball is a big thing. “You know, how many times I’ve said before ‘if every series on offense ends with a kick whether it’s a punt, field goal or extra point, we’re okay with that.’ Giving the ball to the other guys, throwing interceptions, making bad decisions… The game we lost last year, we turned the ball over five times. So, that is probably the single statistic that determines winning and losing.”

Saban ended with “whoever can move the team the best and take care of the ball will win the job.” Bateman enters his fourth year in the program, while Cornwell is set for his third season. Freshmen Blake Barnett and Jalen Hurts are not being ruled out, but both still have work to do.

Fall camp served as the deciding factor on a starting quarterback in recent years, and it may have the same purpose this time. Alabama will hit the practice field on Tuesday and Wednesday, prior to having its 10th A-Day game next Saturday at 2:00 p.m. (CT) inside Bryant-Denny Stadium.