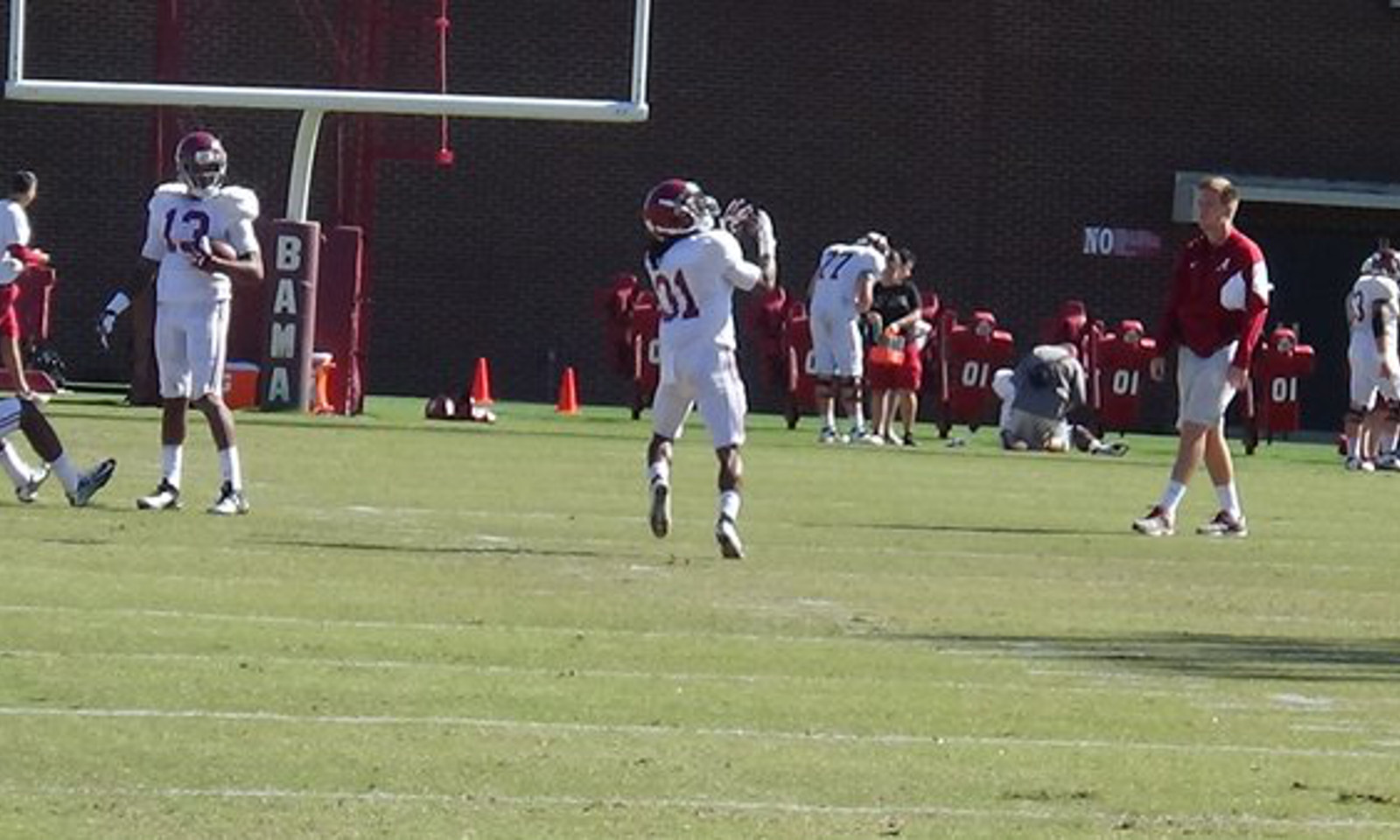 The Crimson Tide received a late addition to its 2015 recruiting class, when three-star prospect Xavian Marks enrolled during the summer. Marks, a native of Rosenburg, Texas, is listed at running back on the roster, yet he is often spotted in practice running drills with Alabama’s receivers.

He did not generate any rushing stats, but Marks did catch two passes for 19 yards. His quickness in getting to the edge on jet sweeps caught the attention of many Tide fans.

Mark has taken reps with wide outs throughout spring practice and after two scrimmages, head coach Nick Saban mentions “special teams” as an area that gives Marks the best shot to succeed.

“Calvin Ridley and Xavian Marks are the two guys that have probably done it the best,” Saban said Saturday after the scrimmage. “We have two to three other guys that are doing it, but those two have done a pretty decent job. They did a good job today. We didn’t have any mishandled balls or any turnovers on special teams. So, that was a positive.”

Marks had the third-fastest time in the 40-yard dash in the team’s spring testing, clocking out at 4.40 seconds.

He collected 776 rushing yards and a four scores on 115 carries.

James finished with 1,371 punt return yards and 2,718 kick return yards, both standing at No. 2 all-time in SEC history.

Does Marks have the same potential as Holliday, James or former Tide standout Kenyan Drake? Answers remained to be seen. However, he will have a chance to prove himself this fall.