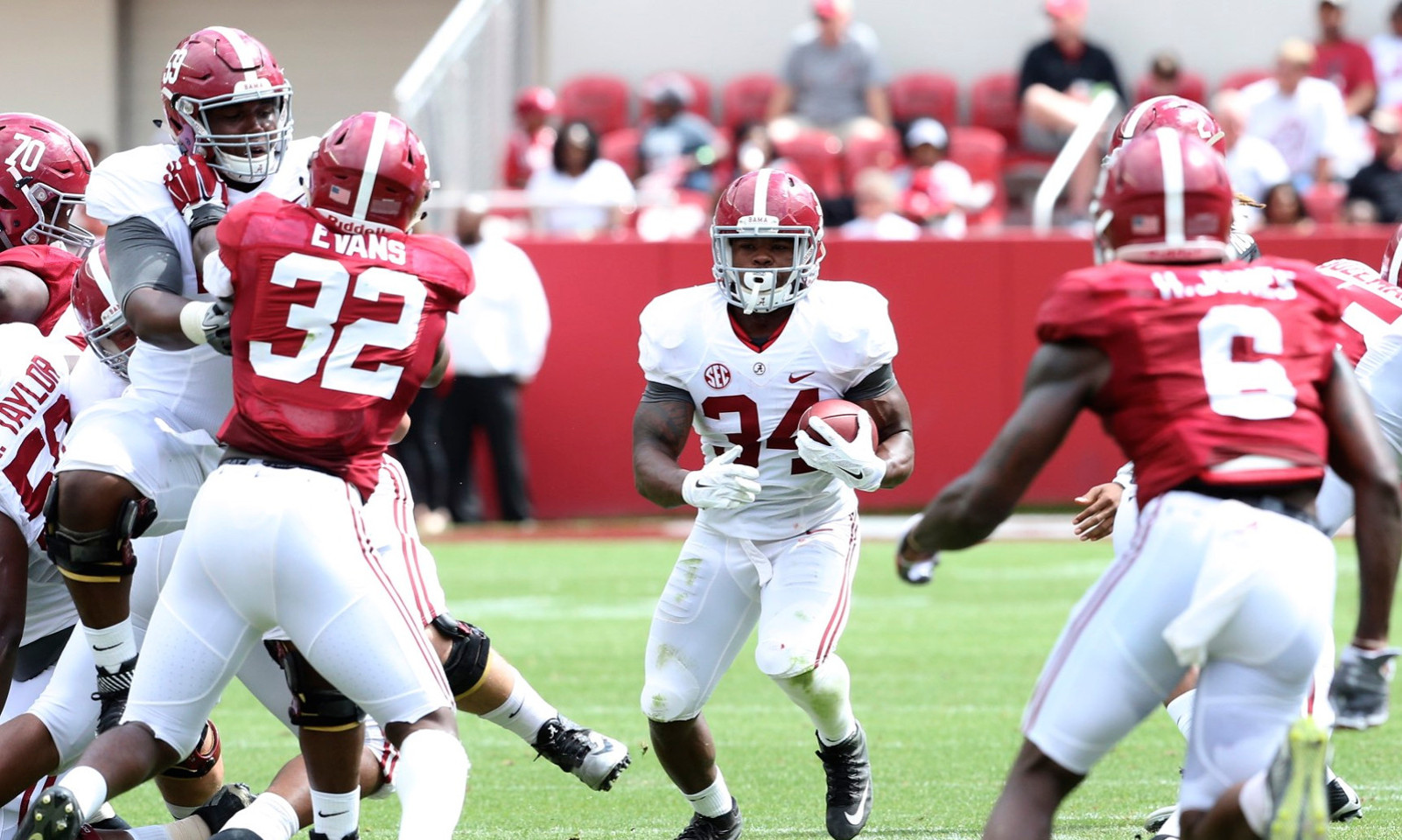 Don’t sleep on him.

Alabama enters next season with two sophomore running backs, yet one has received more attention than the other. The hype surrounding Bo Scarbrough is real, but during Saturday’s A-Day game Damien Harris wanted to send a message. He was anxious as a ball carrier last season, willing to bounce every play to the outside. The Kentucky native turned over a new leaf in front of 76,212 fans, as he ran between the tackles with purpose. Harris displayed patience and toughness in the hole, refusing to be brought down by one person. He led all backs in rushing with 114 yards on 20 tries.

Harris, 5-foot-11 and 214 pounds, earned the Dixie Howell Memorial Award for being the most valuable player. He generated 5.7 yards per carry, which led the pleasure of head coach Nick Saban.

After losing both Derrick Henry and Kenyan Drake, Alabama wants to continue having a solid one, two punch in the backfield. Scarbrough has the potential to carry on what Henry did last season, and Harris showed last week that he has the capabilities of being a change of pace guy.