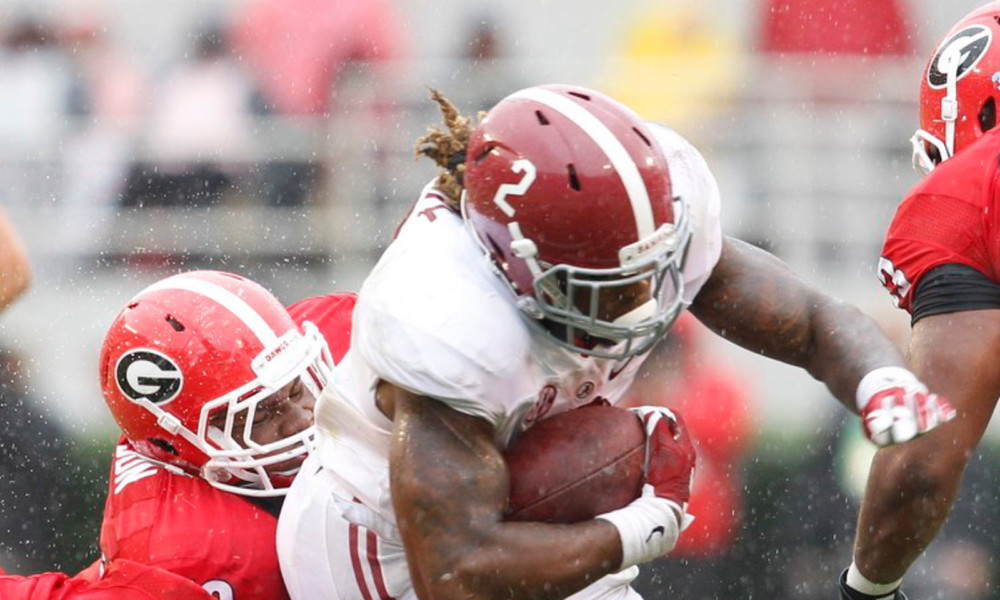 TUSCALOOSA, Ala.| Derrick Henry was the fourth of 10 picks selected by the Tennessee Titans, but he grabbed much attention on Friday as the franchise started its first day of minicamp.

Henry, who was selected as the 45th overall pick in this year’s draft, dominated college football last season. The 6-foot-3, 247-pound back set a Southeastern Conference record with 2,000 yards in a season (2,219). He totaled 28 touchdowns on 395 carries, earning him a Heisman Trophy.

A combination of Henry, DeMarco Murray, Mariota and Jalston Fowler in the backfield seems promising and per Mark Inabinett of AL.com, Henry is ready to work. He and the Titans agreed to a four-year, $5.407 million contract. The deal includes having $3.278 million guaranteed and a $2.133 million signing bonus. Jim Wyatt, senior writer for the Titans, got a glimpse of Henry in footwork drills and taking hand-offs from the quarterback. He posted some of the highlights on social media.

Tennessee looks to become more of a power run team, after struggling to maintain balance in 2015.