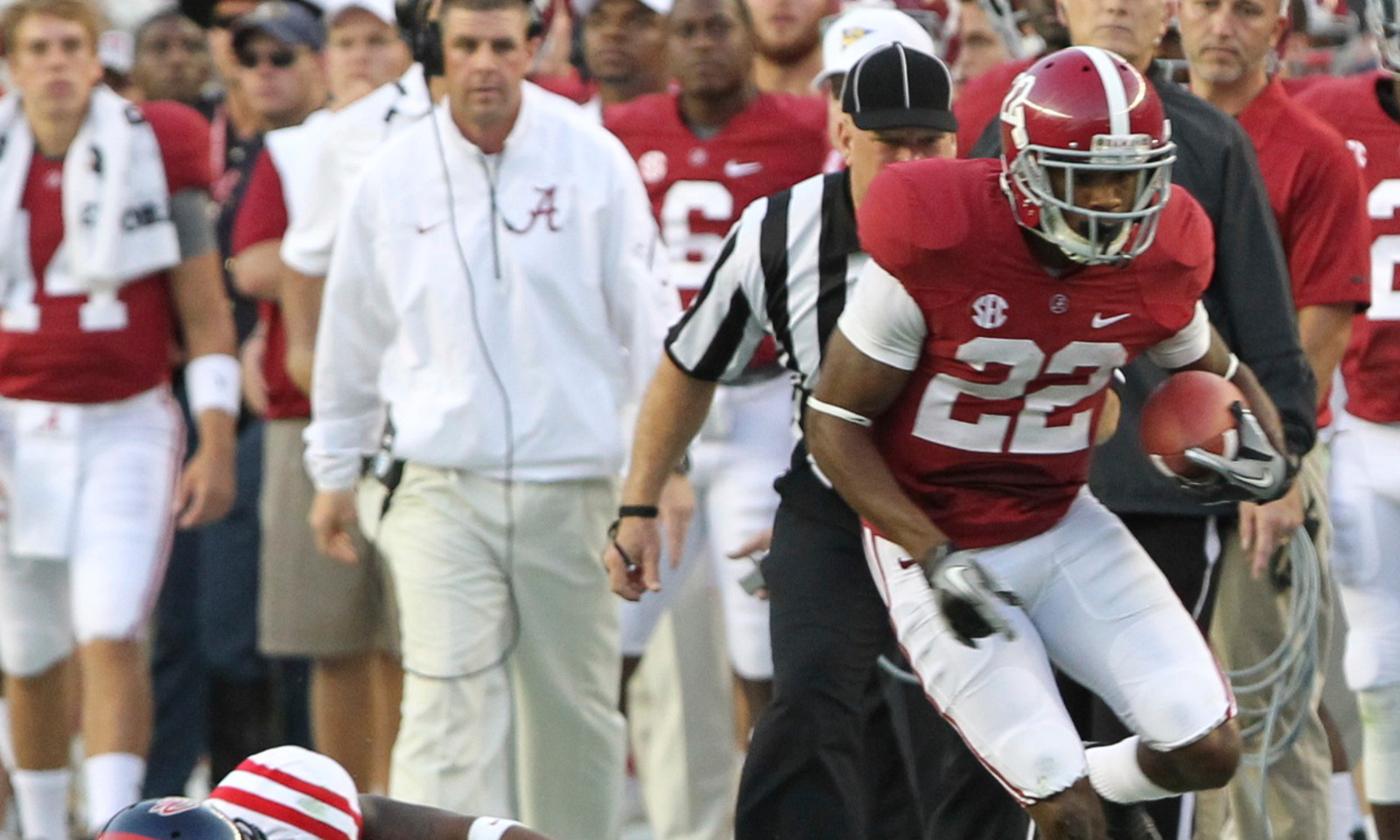 A former Alabama star is about to cross to the northern border.

Wide receiver Christion Jones will get another chance at a professional career, as he signed a free agent contract on Tuesday with the Toronto Argonauts. He was not taken in seven rounds of the 2015 NFL Draft and despite signing with the Miami Dolphins, Jones was cut twice from the team.

His numbers from the NFL Scouting Combine showed a player with potential. Jones was clocked at 4.63 seconds in the 40-yard dash, while displaying a 32.5″ vertical and a broad jump of 119 inches.

He was a reliable target and return man in four seasons at Alabama (2011-14).

The Crimson Tide would go on to win a SEC championship and a national title.

Fielding, vision and acceleration made him exceptional on special teams. Jones finished with 1,727 kick return yards, 719 punt return yards and five total touchdowns. Alabama’s meeting with Virginia Tech to open the 2013 season (junior year) had fans on the edge of their seats when Jones had the ball. He chimed in with three total touchdowns, including a 94-yard kick return and a 71-punt return for scores. Jones navigated the Tide to a 35-10 victory over the Hokies in Atlanta.

Jones joins ex-Alabama quarterback Blake Sims as the second Tide player to sign with the Argonauts. Sims was signed on May 28, 2015, but was released just 10 days later.

Prior to college, Jones was a four-star prospect at Minor High School in Adamsville, Ala.