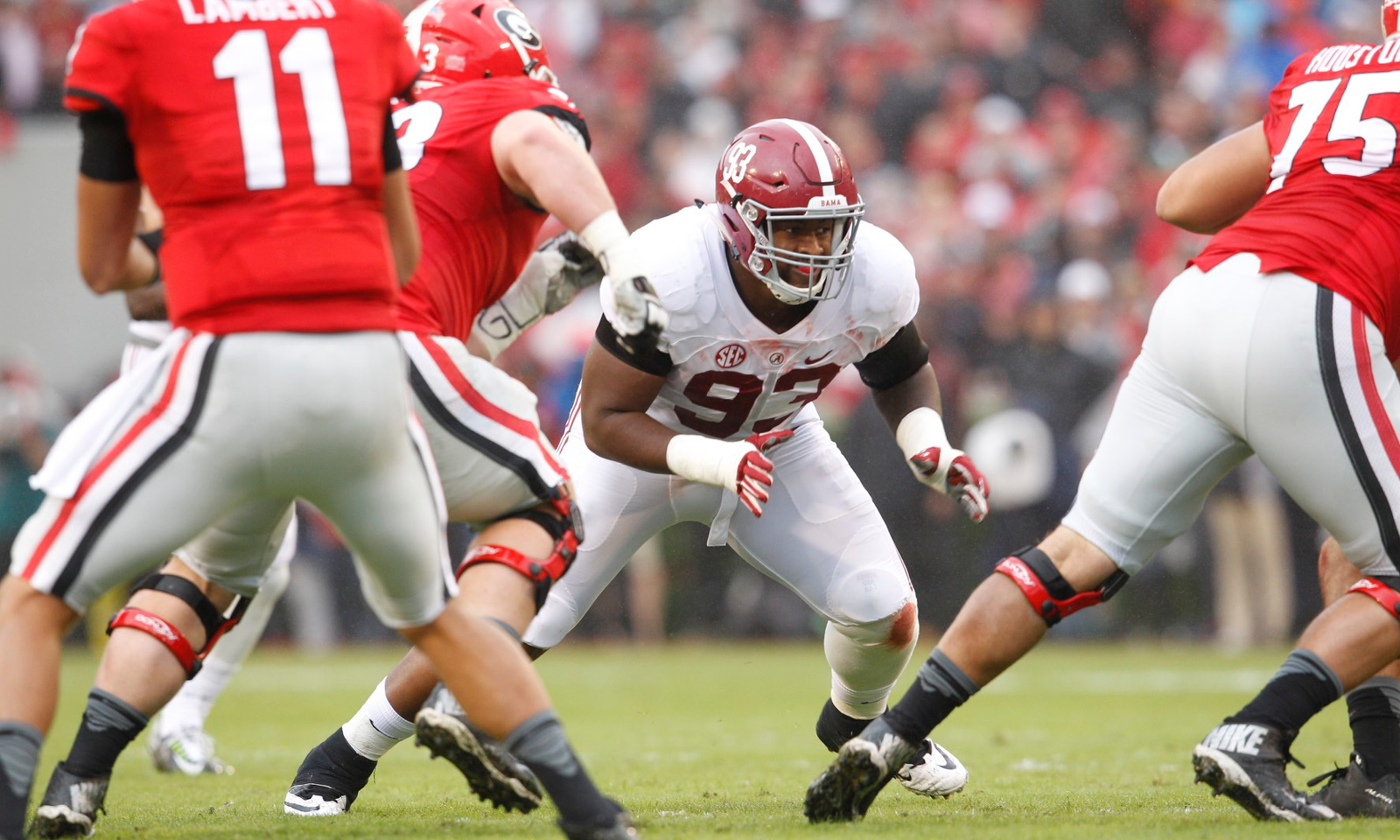 On Wednesday, the Pacific Club IMPACT Foundation announced 42 student-athletes that have been nominated for the 13th annual Lott IMPACT Trophy. The award honors the best defensive player in college football that possesses strong character and performance. Both traits solidify Ronnie Lott—who the award is named after. Lott played both cornerback and safety in his tenure at Southern California. He would go on to have a great career in the National Football League.

Jonathan Allen, Tim Williams and Eddie Jackson all were nominated from Alabama.

The trio of defensive specialists decided to forgo the NFL Draft and return to Tuscaloosa for their senior seasons. Alabama represents the nation in having the most players nominated.

Six other institutions each have two players nominated for the award.

Allen, a defensive end, returns as the Crimson Tide’s sacks leader from 2015. He posted 12 sacks and 14.5 tackles for loss, improving on his five sacks and 11 tackles for loss in 2014. The 6-foot-3, 294-pound lineman was named first team All-SEC from the coaches and Associated Press.

Williams, an outside linebacker, came into own as a powerful edge rusher. He finished second on the team in sacks (10.5) and tackles for loss (12), while adding four quarterback hurries to his total. Ten of his sacks came in prime time games, including three against Florida and Michigan State.

The Baton Rouge, Louisiana native is going after Derrick Thomas’ sack record in the fall.

Jackson, a safety, put up huge numbers last season. He transitioned from cornerback to safety and led the team with six interceptions. A takeaway against Wisconsin in the season opener started the onslaught, but Jackson’s play against SEC competition elevated his leadership.

Four of his six picks (66.7 percent) came in conference play against Arkansas, Georgia and Texas A&M. He returned passes off the arms of Brice Ramsey (Georgia) and Kyle Allen (Texas A&M) for touchdowns. His 230 interception return yards was second nationally, according to ESPN.

Jackson earned first team All-SEC honors and second team All-American honors from the Walter Camp Foundation and Sporting News. He will go for the Jim Thorpe Award in the fall.

DeMeco Ryans (2005) was the last Tide player to win the Lott IMPACT Trophy. It’s an award that stands for Integrity, Maturity, Performance, Academics, Community and Tenacity.