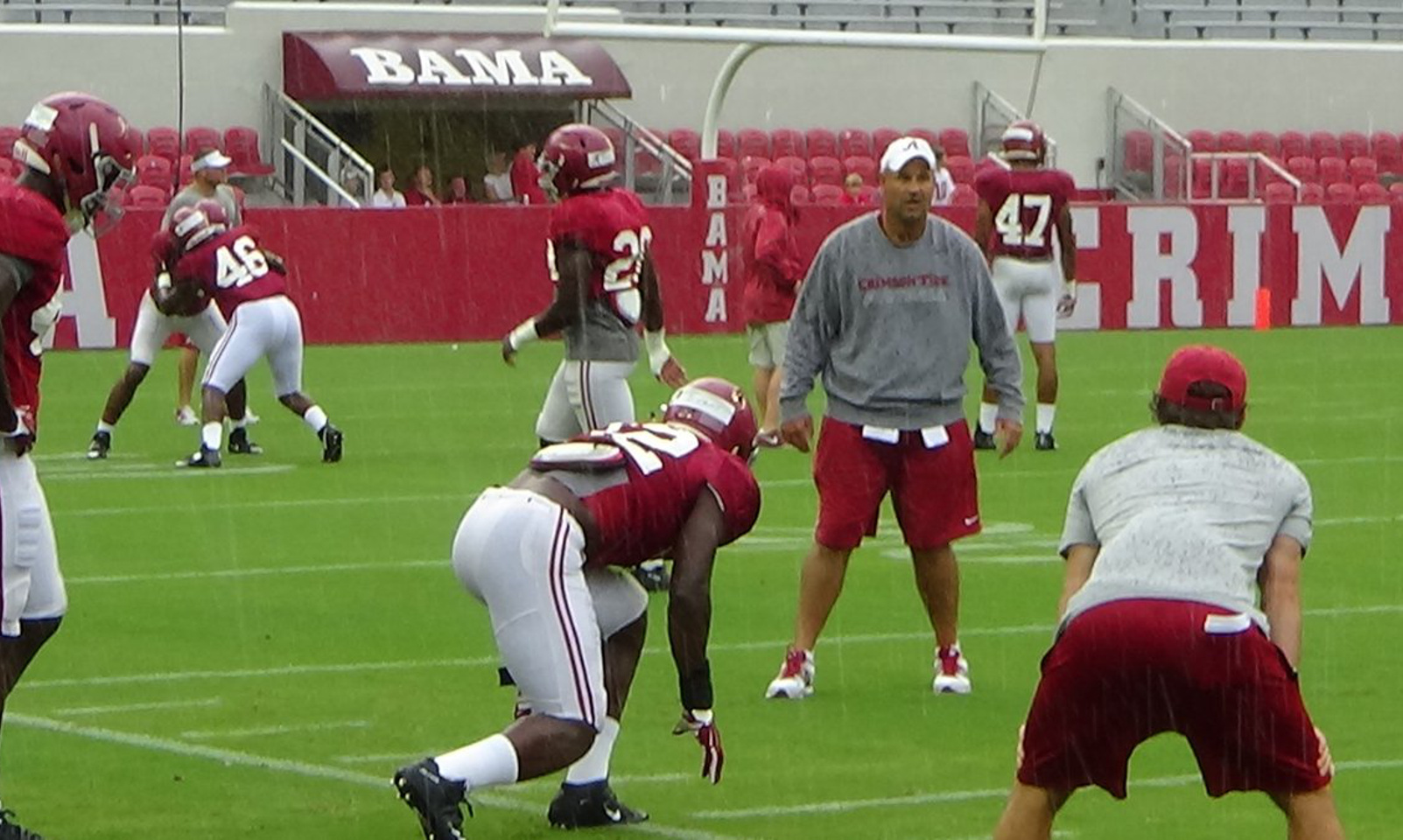 Weather conditions have turned from cloudy to rainy (87 degrees) at Bryant-Denny Stadium, nevertheless, head coach Nick Saban and Alabama are geared up for its second live scrimmage.

The event marks the 16th day and 19th overall practice session for the Crimson Tide. Listed below are some observations that were noted by yours truly from today’s warm-ups.

-Wide receiver Cameron Sims appeared to be slightly limited during pass-catching drills. He jogged alongside teammates near the end of the line after each play.

–Dalvin Tomlinson (ankle) is still in a black, non-contact jersey, despite working with the first-team defense. Linebacker Keith Holcombe was also in a black jersey with a boot on his foot.

–Reuben Foster and Shaun Dion Hamilton both took inside linebackers through drills—Rashaan Evans, Joshua McMillon, Ben Davis and Lyndell “Mack” Wilson were behind them.

-Lines for quarterbacks and wide receiver have not changed since day one of fall camp.

–Cooper Bateman was with the first-team offense, while Blake Barnett and Jalen Hurts captained the second and third group respectively.

–ArDarius Stewart, Calvin Ridley and Gehrig Dieter lined up with the first-team, while Robert Foster, Derek Kief and Xavian Mark ran with the second-team offense.

-Coach Saban will address the media after the scrimmage at 3:30 p.m.