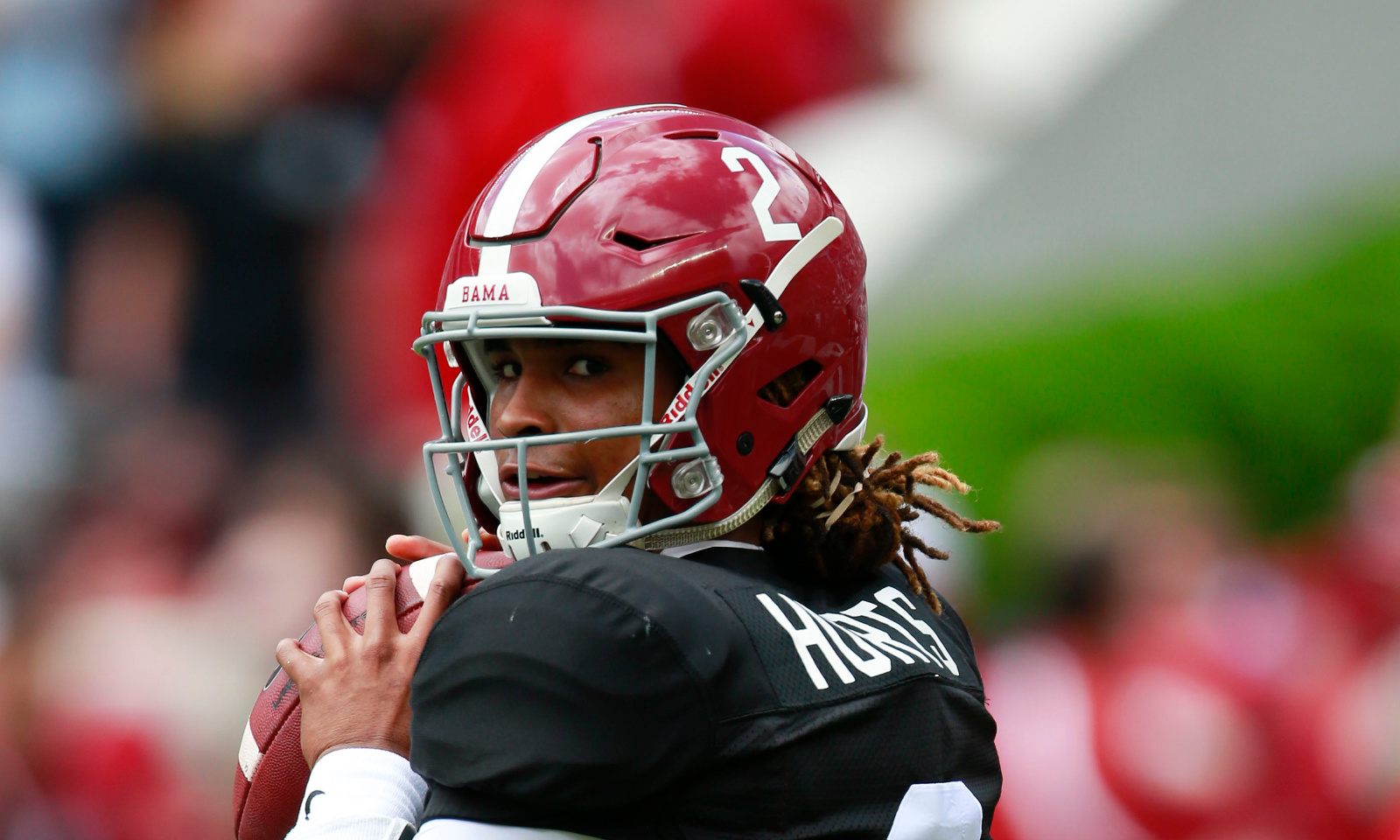 TUSCALOOSA, Ala.| Vince Sutton was the first true freshman to earn the starting job at quarterback for Alabama (1984) and now 32 years later, another youngster looks to lead.

Not much of a difference lies between head coach Nick Saban and weather conditions in Tuscaloosa, other than the Doppler radar isn’t as consistent as the Crimson Tide’s front man.

Prior to Saturday’s live scrimmage, a downpour of rain hit Bryant-Denny Stadium in the midst of warm-ups. Saban and players went inside for what would be a 30-minute delay, but upon their return, one quarterback managed to stand out from among the rest.

The Channelview, Texas native hooked up with Calvin Ridley and Gehrig Dieter for scores, while using his athleticism for another touchdown. He encountered some rookie mistakes, including two interceptions and a fumble—nevertheless, he totaled more big plays on offense.

Redshirt junior Cooper Bateman got off to a rough start, but did end with a 39-yard touchdown pass to ArDarius Stewart. As for Blake Barnett (redshirt freshman), the live action served as a practice to file behind him. The California man was intercepted twice for touchdowns and lost two fumbles on a quarterback to running back exchange, per multiple sources.

Consistency was the essence of Saban’s presser upon taking the podium after the scrimmage.

“We need to clean up and do things with better discipline and focus,” Saban said.

“I thought the effort was better today. We got off to a slow start due to a 30-minute delay.”

As for the quarterbacks, Saban still considers it being a three-man race. He did, however, say that earning the starting job will be determined by the maturity of a player and not chronological age.

“You just can’t make the plays that lose the game,” he said. “We’ve played here with quarterbacks on good teams. They didn’t necessarily win the game, but they didn’t do anything to lose the game. And it starts with that. There are some encouraging things in this competition, but the big thing is consistency.”

Alabama will face Southern California on Sept. 3 for the Advocare Classic at AT&T Stadium (Arlington, Texas) and per Saban, the quarterback who sustains the most consistency will start.

Throughout fall practice and two scrimmages, it’s been Hurts who’s stood out the most.

The 6-foot-2, 210-pound quarterback has done nothing to diminish his chances, and has a skill set that can create a lot of heartache for defensive coordinators. Alabama starts its final week of fall camp on Monday and if Hurts can maintain, a young face may appear under center in three weeks.