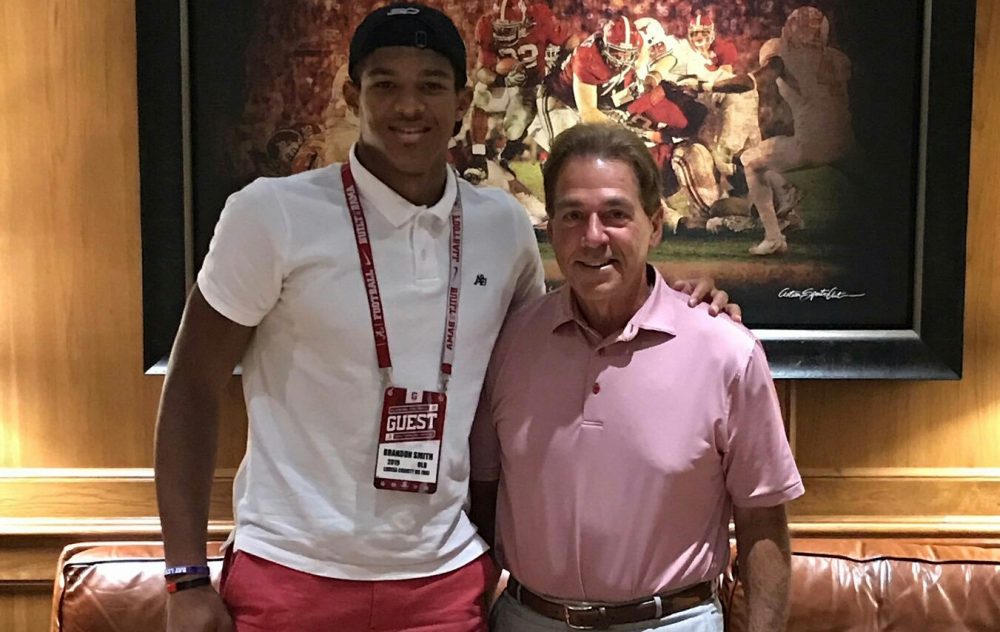 Hard hitting, fast and athletic are just a few of the words that can be used to describe Brandon Smith’s game. The 6’4″ 200 pounder makes his presence felt on the field on every down, making sure that the offense respects him.

Smith announced via Twitter that he receive an offer from The Crimson Tide after he visited last month.

“I was excited to get an offer from Alabama,” Smith said. “When I went to visit this summer with my family, we had a great time and I got to learn a lot about the campus. I even got a chance to talk to Nick Saban and some of the other coaches.”

He went on to add that The University of Alabama has a beautiful campus.

Smith is rank No. 1 in the state of Virginia according to ESPN. When The ESPN Junior 300 was released, he was ranked No. 16 and as the No. 4 outside linebacker in the 2019 recruiting class.

It is easy to see why this guy has garnered so much attention. He is a big guy that can move sideline to sideline and lay impressive hits on skill players. His massive size gives him the ability to defend the run and pass. At 6’4″, he is able to compete with receivers in the air for the ball.

Smith also plays the game with a lot of passion and a desire to win. This is seen in his efforts in the special team’s game. He is seen several time running down the field on kickoff and laying guys out.

Alabama cherish guys that are able to play special teams. After all, it takes a special talent to play special teams. The Crimson Tide showed just how important they were in their last game against Florida State. Smith could possibly show what he can do in the future in Tuscaloosa if he chooses to come to The University of Alabama. One things for sure, this guy has potential to be great at the next level.