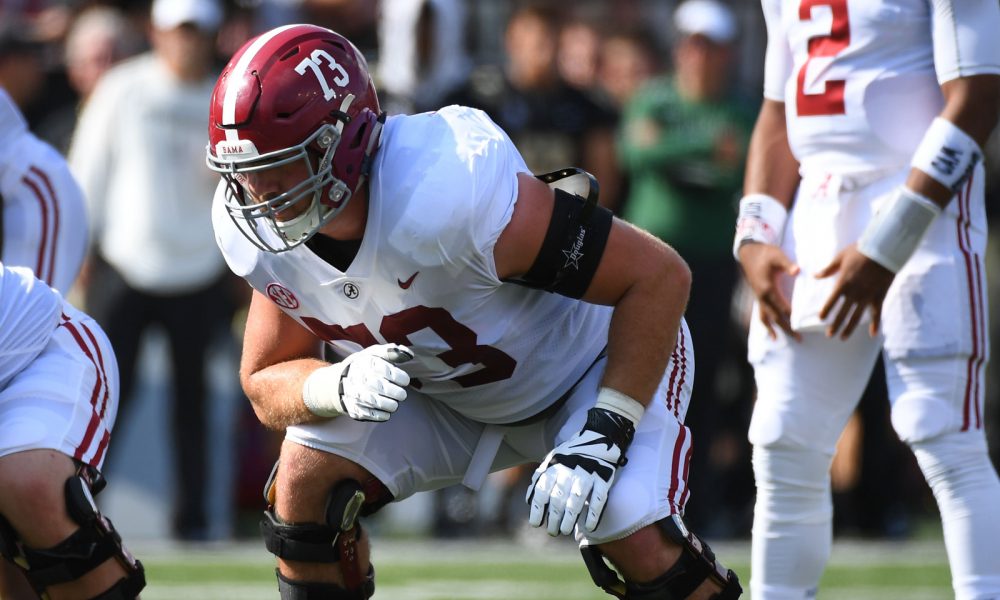 He did not want to discuss the moving components on his staff, but University of Alabama head football coach Nick Saban did update the media on two injuries suffered in the College Football Playoff while he is at Ladd-Peebles Stadium in Mobile (Ala.) for this year’s Senior Bowl.

Offensive lineman Jonah Williams and linebacker Anfernee Jennings both went down with injuries in matchups versus Clemson and Georgia. Jennings sustained a knee issue during the second half of his monster performance in the Allstate Sugar Bowl. Williams, on the other hand, appeared to have suffered a leg injury in the second half of the CFP National Championship.

“They are not doing anything right now, but I think both guys are doing well,” Saban said.

Williams, a sophomore, cleared the way for 37.1 points, 444.1 total yards and 251 rushing yards per contest in his first year at left tackle. He assisted junior running back Damien Harris to his second consecutive 1,000-yard season (1,000) as he collected 11 touchdowns on 135 carries.

Both guys return to a talented roster in the spring.