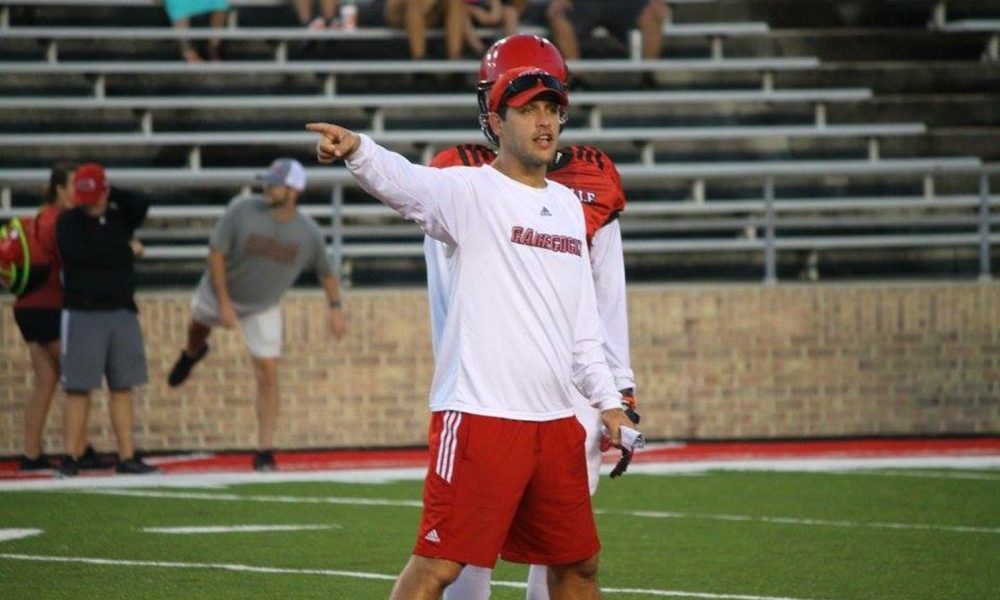 If he is not producing professional athletes at the next level, then University of Alabama head football coach Nick Saban is grooming the next wave of talented, young coaches.

Nick Gentry was an undersized defensive tackle – 6-foot-1, 284 pounds – for the Crimson Tide from 2007 to 2011, however, he possessed a lot of motivation and heart at the position.

He was a member of two BCS National Championship teams, including one in 2011 where he played a crucial role in shutting down Louisiana State University in a 21-0 victory. Gentry collected 23 tackles in 2011, with six coming for loss, 4.5 sacks and four quarterback hurries.

According to a press release from the University of Alabama at Birmingham, Gentry was hired as the Blazers’ 10th assistant coach on Thursday.

UAB head coach Bill Clark is coming off a special 8-5 season in 2017, where the program was reinstated after being gone for two years.

Gentry will work with outside linebackers.

After graduating from Alabama, he started his coaching career at Tennessee in 2012 as a defensive analyst. Gentry would then join Clark as Jacksonville State University in 2013 as a graduate assistant for the defensive line. He helped the Gamecocks to an 11-4 record and an appearance in the quarterfinals of the Football Championship Subdivision (FCS) playoffs.

Gentry would be hired on as a full-time assistant with outside linebackers and defensive ends in 2014 and for three seasons he coached an All-American in Darius Jackson, while leading the Gamecocks to a national championship appearance versus North Dakota State.

He and Clark go back to Prattville (Ala.) High School, where Clark served as Gentry’s head coach. Although UAB’s head man is more than happy to have the former Tide standout, there is another individual that has shown more joy in the matter.

Dezmond Willis, founder Top Rated Speed and Performance Training, worked with Gentry since his childhood and was an integral part of his development as an athlete. Despite influencing players like Nick Perry, O.J. Howard and Mack Wilson, Willis said Gentry has all the tools.

“Nick has all the intangibles as a coach and a player,” Willis said.

“He will bring extra energy to UAB’s outside linebackers, because he has such an aggressive and savvy style. Nick was undersized at Alabama, but you have to remember that he played with a big heart, a big motor and a lot of motivation for the game. If would have been a little bigger and taller, he would be in the NFL right now. Nick is going to bring UAB up and I’m super excited.”