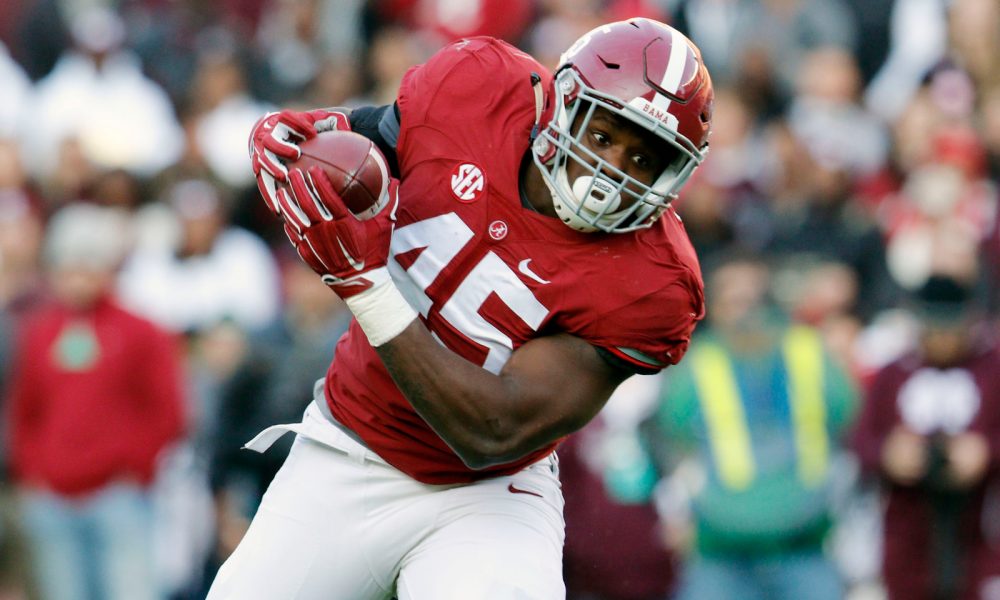 He was selected in the fourth round of the 2015 draft by the Tennessee Titans; however, Jalston Fowler has moved on after three years in Tennessee and a year on Seattle’s practice squad.

According to Vaughn Mcclure, who covers the Atlanta Falcons for ESPN, owner Arthur Blank, general manager Thomas Dimitroff and the franchise signed Fowler. News came from the SportsTrust Advisors, Fowler’s marketing team. Despite the team not releasing an update on adding him, the former University of Alabama star is with Julio Jones and Calvin Ridley.

Falcons are signing FB Jalston Fowler, according to SportsTrust Advisors. Roster move not officially announced yet. Fowler (5-11, 261), from Alabama, was a fourth-round draft pick of the Titans in the 2015 Draft and played 42 games with them, starting… https://t.co/mXZrhIn7W2

During his four years in Tuscaloosa (2010-14), Fowler excelled as a runner, blocker and pass catcher at the fullback position. An injury in 2012 limited him to just two games, but he did record 738 rushing yards with five touchdowns. After taking a medical redshirt in 2012, the Mobile (Ala.) native displayed reliable hands in the red zone in 2013. He caught seven passes from AJ McCarron with five resulting in scores. Fowler’s tenure ended with seven touchdown receptions, two Southeastern Conference championships and a pair of national championships.

Listed at 5-foot-11 and 261 pounds, his size is ideal to help running backs Devonta Freeman and Tevin Coleman maintain success. Fowler was the blocking back that led the way for many impactful rushers at Alabama – including Heisman winners Mark Ingram and Derrick Henry.

Falcons’ head coach Dan Quinn has another Tide piece to his roster. Hopefully, he and offensive coordinator Steve Sarkisian find a way to rightfully incorporate Fowler in.