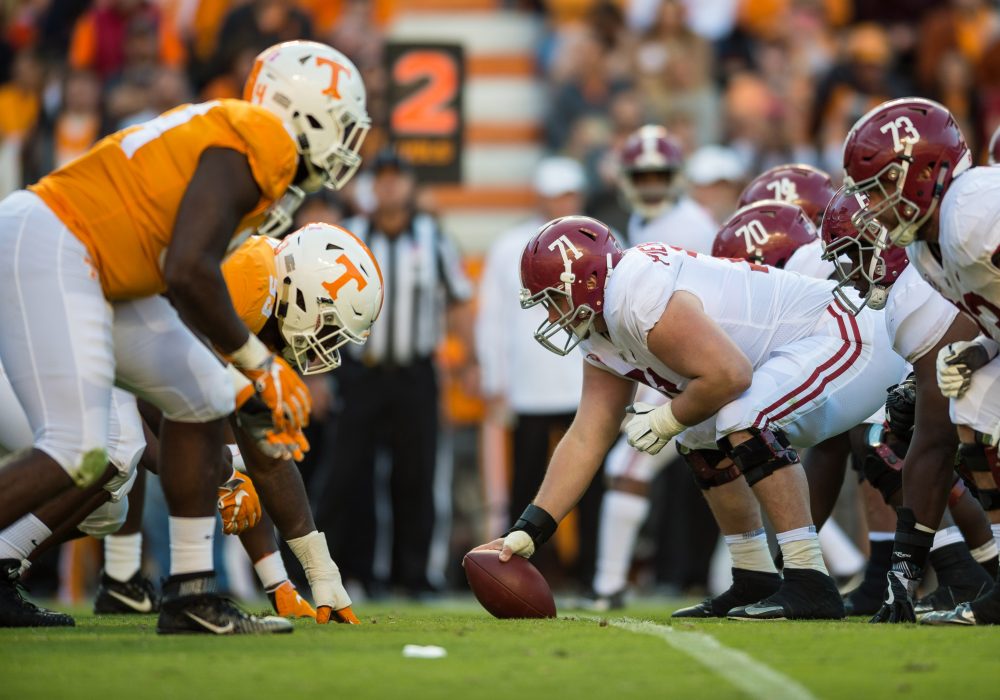 The Alabama O-Line is sometimes the forgotten part of the offense. With Tua Tagovailoa putting up monster numbers and receiver Jerry Jeudy being named a finalist for the Biletnikoff award it can be understandable to miss the big guys. However, this year the offensive line is finally getting their recognition as a whole and have been named a semifinalist for the Joe Moore Award, the award given to the best offensive line in college football.

Alabama won the award in 2015, the same year as their 16th national championship and were finalists in the 2016 and 2017 season.

Ross Pierschbacher and Jonah Williams are the undisputed leaders on this offensive line. Pierschbacher is a four-year starter at left guard and center and Williams has played both tackle positions. Williams has received many accolades and is projected to go in the first round of the 2019 NFL draft. Rounding out the offensive line are sophomores Alex Leatherwood and Jedrick Willis, two highly touted high school recruits who have stepped up the challenge and the left guard spot which has been shared by Lester Cotton and Deonte Brown.

Alabama won the award in 2015 and it is an honor for them to be named semifinalists for the past three years. With two players being established veterans and three other players being the young guys this line has played phenomenally.