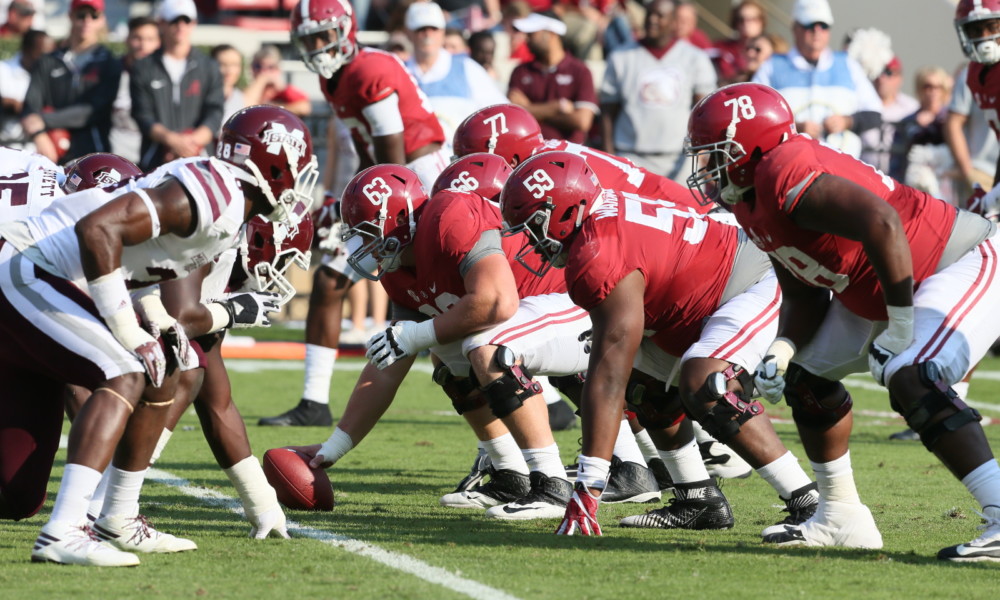 The most important unit on the team may very well be the last unit to come together. It’s a safe bet that the unit that starts the season won’t end it.

Last season, Ross Pierschbacher surprised many by going from three year starter at guard to starting center for one year, his last. Once that writing was on the wall, the most experienced backup center on that 2018 squad, used his graduate transfer status and moved on. That was Brandon Kennedy and he played last season at Tennessee. Saban has a history of moving linemen to center from other positions and this year will be no exception.

So it looks that the heir apparent is Chris Owens, a redshirt freshman who played backup at guard last season in three games. But not being in the starting lineup means that he’s not used to seeing the previous center work the games, call the offensive blocking schemes and learn the other starters quirks and abilities. So if he doesn’t look like he’s making the grade, the most likely guy to push him is another redshirt freshman, Emil Ekiyor Jr., who did have a little more experience last season, playing in four games, working out at both center and guard.

But the compelling reason it may not be much of a fight early in the season is due to the suspension of Deonte Brown for perhaps the first four games. Though the Tide is said to be appealing that length, it could very well stay and that would mean that Ekivor Jr. will be needed to fill the guard spot that Brown would be starting at.

So When Brown comes off suspension, will be take his place back where he was expected to be? And then will the fight be on for the center position? Time will tell.

Left tackle is cemented by Alex Leatherwood. He will do just fine and will wind up playing on Sunday.

Right tackle should be cemented by junior Jedrick Wills, who with 16 starts is a very proven commodity.

Right guard is another very experienced junior, Matt Womack, who could slide into either tackle slot should an injury happen to either.

But there is a battle at center, albeit less than the one at left guard once the season is about weeks old.

So the five who start game one will more than likely not be the same five who start games five or six when the schedule starts heating up getting ready for the grueling end of the season. That could be a bad thing. But having players with so much playing time will be a big help if injuries rear their ugly head.

In the end, how these men finally come together as a group will determine the success that the Tide can expect to have once the big games start.

Mark Ingram Gets a Million Dollar a Year Raise With Ravens But is Still A Bargain
Tua Working Under the Impression His Job is Up For Grabs
To Top
%d bloggers like this: