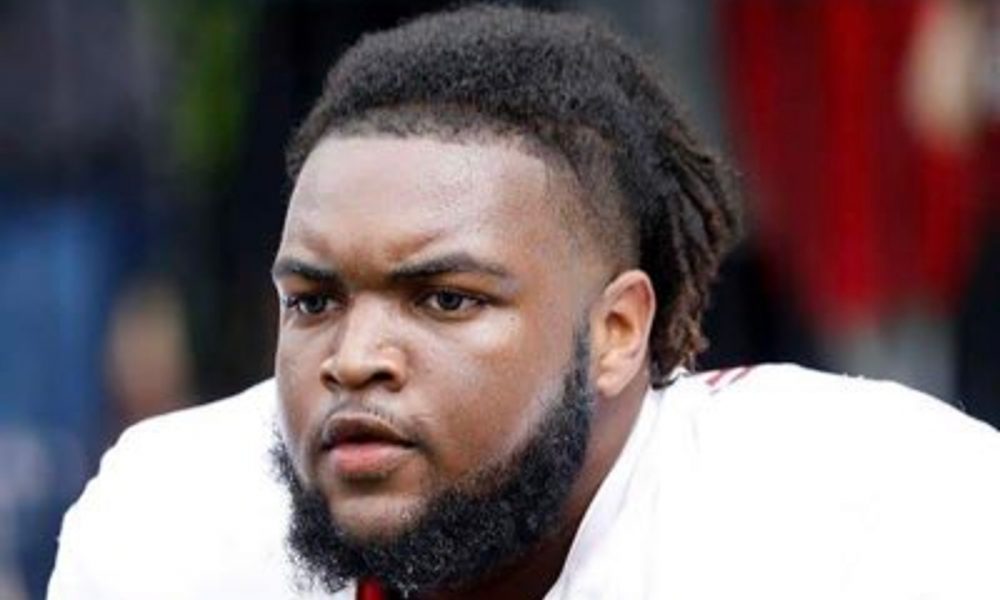 The next defender is D.J. Dale

2019 will be Dale’s first season at the university.

The first thing that probably caught Nick Saban’s attention when recruiting DJ Dale while he was at Clay-Chalkville High School, was the strength and ferocity he plays with. Coming in weighing at 308 pounds, Dale used every ounce of it to his advantage. It’s extremely rare for a player this young to understand how to properly use his size but in this case, Dale looks as comfortable on the field like a baby in a blanket.

When looking at the early tape of Dale, you can see just how strong his hands are at the point of attack. Even though this was while he was in high school it is still impressive to see him consistently beat double teams and make plays.

Despite his lack of raw speed, Dale makes up for it with great instincts. He makes reads shortly after he gets past his opponent and is able to anticipate the play very quickly. This kind of trait from a young player will provide a lot of help with the read-option teams Alabama will likely face this upcoming season. In this day in age, you need to have smart athletes all over the field.

The former four-star recruit also has the drive to be a great player. Since enrolling earlier this spring he has lost 22 pounds and was a standout at practice. There were many reports that he was extremely disruptive when facing the crimson tides’ offensive line, and has even eclipsed some of his more experienced peers on the depth chart.

After a solid performance during A-Day this past spring many believe that he will be among the starting defensive line when the fall rolls around.

Despite the strengths, he already brings to the table and his standout spring, it still cannot simulate what it’s like to play on the biggest stage in the SEC. Dale will also be looking up at the great defensive tackles before him like Quinnen Williams, Dalvin Tomlinson, Da’Ron Payne, Terence Cody and Marcell Dareus. Those are a lot of big shoes to fill and already puts expectations on a young player to come in and replicate that kind of production.

Although Dale was a very productive player in high school he is still very raw when it comes to his pass rush. There isn’t one particular move that he really had down, instead, he would use his brute strength to power through opponents.

Now there is nothing wrong with consistently dominating your opponent when you are obviously much stronger than he is. But when you are going up against offensive lines like LSU’s, Mississippi State’s and Auburn’s, those guys know who you are and just as fit. This is where technique comes into play which is something he will surely learn during his time at UA.

Dale is expected to step right in and start along Alabama’s defensive line or at the very least be a big part in the team’s rotation. He should step in and take on a Da’Ron Payne type role, being able to stay on the field all three downs because of his weight loss. There is no question that he will have a big impact in 2019.

DJ Dale will likely headline another class of Alabama freshman who will step in and have big roles this upcoming season. Now more so than before are younger players getting opportunities to play in Nick Saban’s system and for the most part, it has worked out rather well. Enrolling early and cutting 20lbs just shows you how bad this guy wants to be great and that’s exactly what you want in your freshman players.