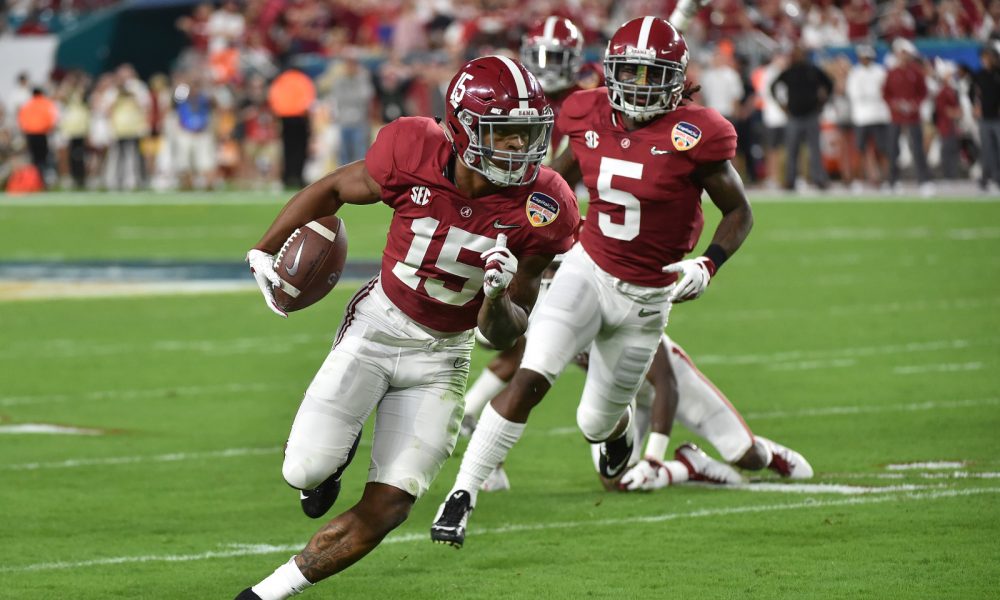 The term “unfinished business” has been felt throughout the University of Alabama football program since its lost to Clemson back in January.

Alabama’s defensive secondary, which returns a lot of experience and young talent, has taken heed to the motto all offseason.

Despite the trio of Jake Fromm, Kyler Murray and Trevor Lawrence getting the best of the Crimson Tide’s back five at times in the postseason, another year with Tua Tagovailoa as its quarterback and the cast of receivers around him will have Nick Saban’s favorite positional unit ready to bounce back in an impactful way.

Xavier McKinney, a returning junior, was featured on WJOX 94.5 FM (The Round Table) in Birmingham, Ala., this week and he discussed how Tagovailoa has made him a complete player at strong safety.

“Man, I go against Tua every day in the 7-on-7’s that we do and he is a tough guy to get a read on,” McKinney said. “He makes me better. He makes me have to think smarter, play faster and get ahead of what he is doing. He’s one of those guys that he’s a great quarterback, but he makes everyone around him ten times better.”

As good as the 2018 Heisman finalist, Tagovailoa’s group of receivers – which consists of Jerry Jeudy, Henry Ruggs III, DeVonta Smith and Jaylen Waddle – make it difficult for the defensive backfield to handle. All four players totaled 500+ yards receiving last year, with Jeudy leading the group with 68 receptions for 1,315 yards and 14 touchdowns.

“They make us really good,” McKinney said of Alabama’s receivers. “They make us better every day. They push us and we push them to try and be better. We got at it sometimes in practice, but at the end of the day we are all family and we just like to get each other better.”

Since the lost in the College Football Playoff National Championship Game, McKinney said players have had conversations about being driven to finish the job. The native Georgian has been at the forefront of these discussions and as a leader, much will be expected of him.

He collected 74 tackles as a sophomore – including six for loss and three sacks.

McKinney turned in 10 pass breakups, two quarterback hurries, two forced fumbles and two interceptions. A massive year of production should earn him a first-round grade for next year’s NFL Draft; however, he is more focused on winning a national championship.