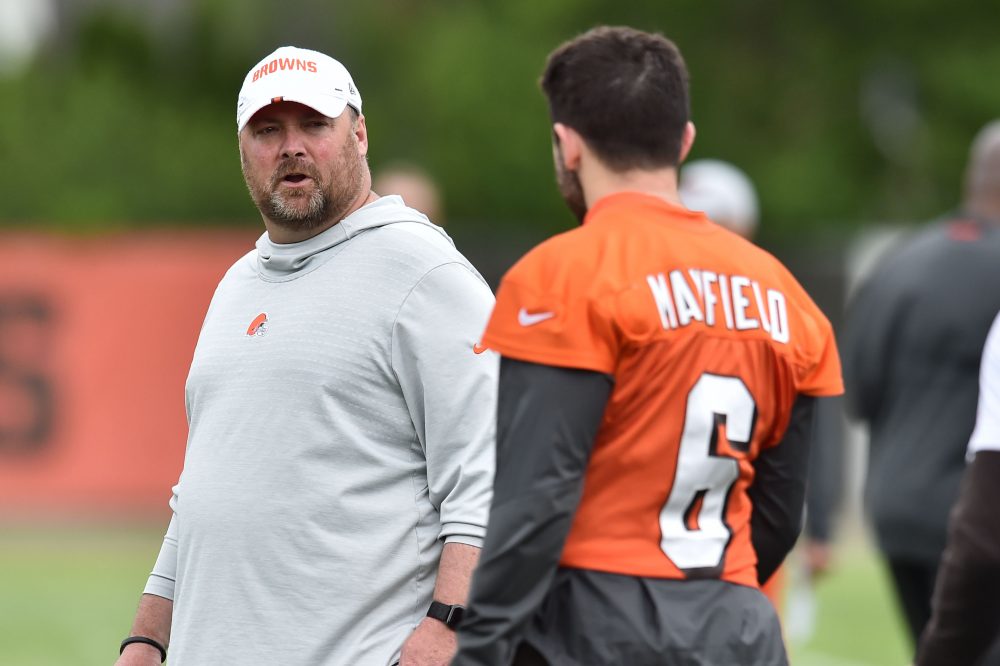 Everyone probably learned at a young age that you should always try to be honest with people, no matter how harsh it may sound. Well, Cleveland Browns head coach Freddie Kitchens utilized that life lesson to the fullest yesterday.

He told his coaches that if anyone leaks any information to the media then they will lose their job.

The kitchen was ice cold.

“The days of inside information and the days of unnamed sources and stuff like that have ended,” said Kitchens. “So you’re not going to get information like that, ever. Anybody. And if I ever see it, they’re fired. Immediately. That’s the way we’re running this organization.”

This response came from a question about former Browns offensive line coach Bob Wylie who commented on Kitchens receiving the head coaching job instead of former interim coach Gregg Williams.

“That shocked me because Gregg Williams turned the team around,” said Wylie on CBS Sports Radio. “In the second half of the season, that’s his work that got it to where it is. My own personal feeling is Gregg was too strong a candidate for the seat. I don’t think (John) Dorsey wanted to go head-to-head with Gregg like he had to do with Andy Reid in Kansas City, so he kind of filtered Gregg out of the picture and he kept the search going.”

Wylie even took a shot at Kitchens involvement in coaching rookie quarterback Baker Mayfield, which was reported as one of the big reasons he received the head coaching job in the first place.

“Baker (Mayfield) likes, Freddie,” said Wylie. There’s a good relationship there even though (former Browns quarterbacks coach) Kenny Zampese did all the coaching there. Baker likes Freddie, so that had to (factor) into the decision.”

The Browns have been one of the worst teams in the entire 21st century but now seem to have found some momentum towards digging themselves out of their hole of losing. But over the past 15 years, Cleveland has had a number of embarrassing stories come out about their franchise which has heavily contributed to derailing some of their teams.

Now it seems as if the rookie head coach is trying to seal up the leaks as the team heads into the 2019-20 season.

By any means necessary.