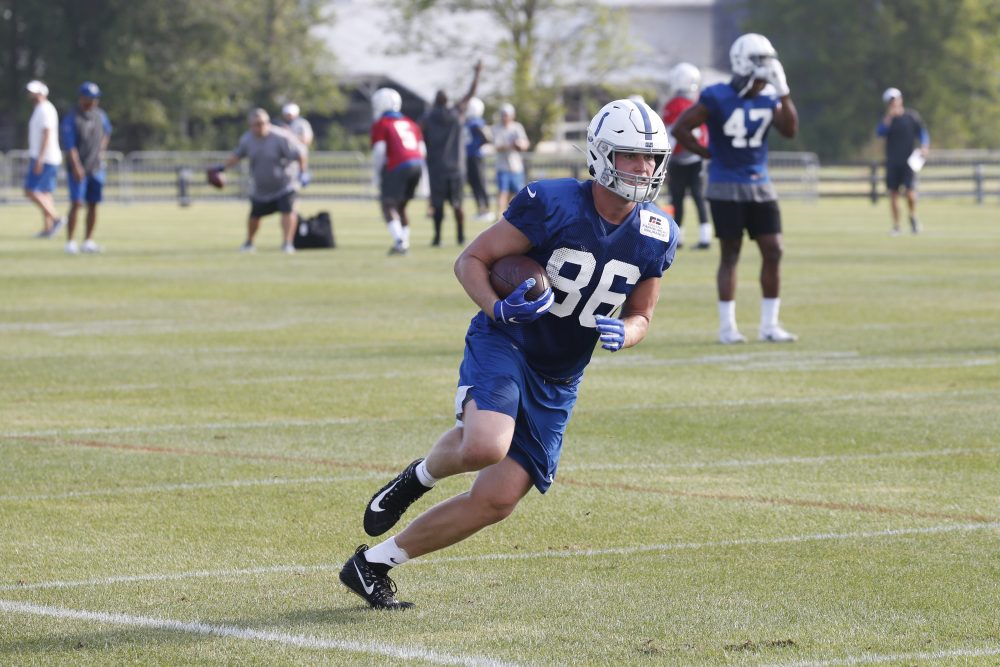 In every Alabama draft class, there are players who take up a bulk of the conversation of where they will go in the first round. But at the same time, there is always a hand full who slip to the later rounds and carve out important roles when they get their shot.

Guys like Eddie Jackson (Bears), Levi Wallace (Bills), Robert Foster (Bills) and Cam Sims (Redskins) have all been taken in later rounds and all are important pieces to their respective teams. Now it seems as if Indianapolis Colts tight end Hale Hentges is looking to add his name to that list.

The undrafted rookie has been turning heads during training camp for the Colts and has even got some of their coaches talking him up.

Although the amount of success brings joy to the Alabama faithful, some may question where he was hiding this ability over the last four years. Sometimes that’s just how the transition to the NFL works. When you’re fighting for your job every single day it may give a player even more motivation and focus.

But Hentges isn’t letting the early success get to his head.

“I had a pretty decent past couple of days, but like I said, I’m just trying to learn from the guys that are so good in front of me — guys like Jack (Doyle), Eric (Ebron), and Mo (Alie-Cox) — and really just absorbing everything that they’re doing and watching them and watching their film and trying to figure out what makes them so good and trying to emulate that,” said Hentges.

At Alabama the Jefferson City, Mo., native appeared in 58 games across four seasons showing to be one of the teams most durable players. Although he only caught 15 passes for 124 yards and six touchdowns, Hentges showed tremendous toughness and strength in the running game as he was the crimson tides best blocking tight end.

Even though he isn’t the flashiest player in the world, Hentges’ work ethic will be a driving force towards helping him extend the Colts streak of having an undrafted rookie make their roster to 21 seasons.

“I’m not going to say anything I don’t say to him — we know he’s not the most athletic guy, but he just finds a way to get open,” said Sirianni. “He finds a way to get open and even when he doesn’t find a way to et open, he catches the football, and that’s ultimately what a receiver and a tight end, when the ball is in the air is judged on.”

Mack Wilson may be the biggest steal of 2019 NFL Draft for the Browns
Is Freddie Kitchens Right to Threaten his Coaching Staffs Jobs?
To Top
%d bloggers like this: