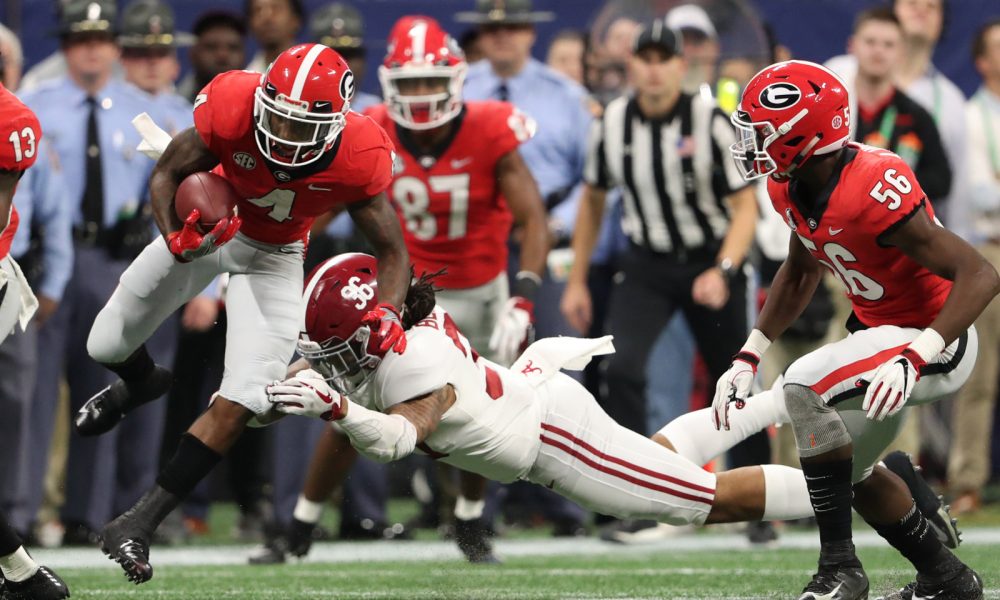 The knee injury to Josh McMillon was disappointing, but it was not a crippling blow for Alabama football.

He was entering his fifth year (redshirt senior) and had full knowledge on lining players up on defense; however, McMillon has not played in a lot of big matchups.

Nevertheless, Nick Saban and the Crimson Tide are still in search for someone that can play alongside Dylan Moses at inside linebacker.

Five names have been summoned to emerge; however, only one will win the job. In the team’s second week of fall practice, true freshman Shane Lee was spotted behind Moses in positional drills.

Although this is a positive, it has been sophomore Markail Benton on the field with Moses – upon the Tide going into its nickel look.

Benton, a four-star in the 2017 class, was tabbed as a top-12 linebacker prospect from all recruiting sites.

The 6-foot-2, 235-pounder from Central High School (Phenix City, Ala.) was a former teammate of Clemson’s receiver, Justyn Ross, and he played in 14 games last season.

According to sources, he played really well in the first scrimmage.

Benton totaled 14 tackles and while he is as an elite athlete, maybe all it took was an injury to a teammate to push him. The quartet of Lee, Jaylen Moody, Ale Kaho and Christian Harris are all younger than Benton, yet all are highly talented.

Lee and Moody stepped up in the spring game back in April, as he each one totaled an interception.

Kaho brought the Tide’s 2018 recruiting class into the top-five nationally and has a skill set that rivals former standout, C.J. Mosley.

Harris, a true freshman, was a stud at University Lab School in Baton Rouge, La., and has the potential to be the next great inside linebacker.

With the second scrimmage coming on Saturday and the matchup versus Duke in two weeks, Saban is ready for someone to emerge now.

“A lot of competition is there,” Saban said to reporters on Thursday at inside linebacker.

“We need somebody that will step up and be responsible to do a job and develop the confidence of the players around them and develop confidence in themselves that they can play winning football. Whoever steps forward to do that the best will win the job.”

Competition breeds winners and it’s game on at weakside linebacker.