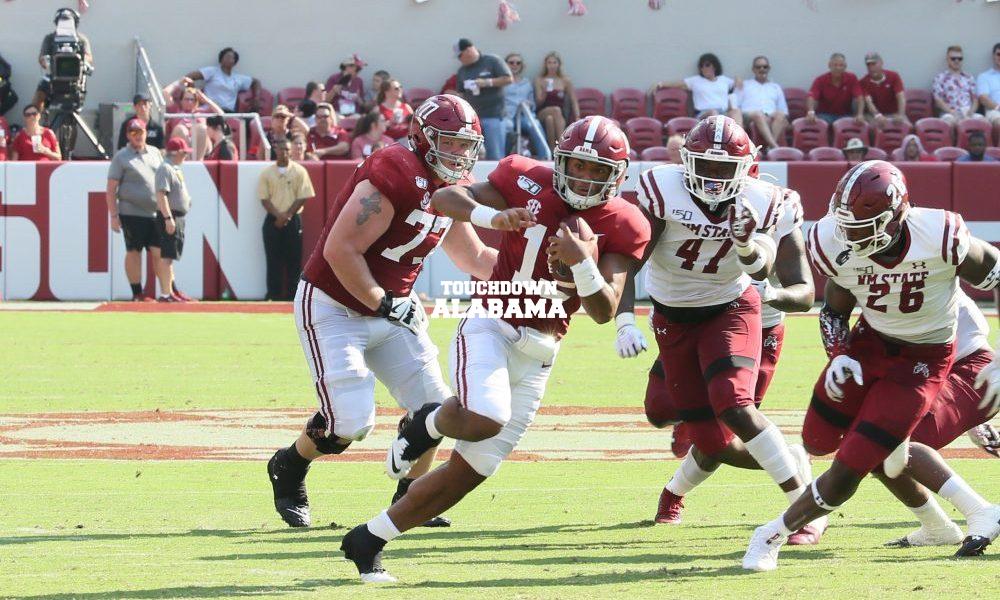 In all my years of living on this planet, I can’t remember another NFL team who has just outwardly and unabashedly decided to tank a full season until I watched the Miami Dolphins on Sunday. Look no further for the next team to be the laughing stock of the league after the Dolphins put on an embarrassing display on both sides of the football in a 59-10 loss to the Baltimore Ravens.

A whopping 42 of the 59 points were scored by Baltimore’s offense in the first half alone as quarterback Lamar Jackson torched them through the air going 17/20 for 324 yards and five passing touchdowns. Former Alabama running back Mark Ingram also gashed the sorry Dolphins defense as he turned in a 107-yard performance along with a pair of rushing scores.

Now, the Ravens were, in fact, a playoff team last year but when a quarterback like Jackson is dominating you through the air and not the ground you have big problems. And it starts with the personnel.

Miami had a busy training camp sending guys out left and right, whether it was trading franchise left tackle Laremy Tunsil, wide receiver Kenny Stills or releasing safety T.J. McDonald you’d think this team was allergic to talent. The team even considered releasing running back Kenyan Drake even though he has steadily improved over every season.

Despite the massive roster shakeup, it’s clear that this team believes there is one way to even begin to fix this mess. Draft Alabama quarterback Tua Tagovailoa.

Currently ranked as a top pick by Touchdown Alabama’s 2020 NFL Draft projections, Tagovailoa is head and shoulders above the rest of the eligible quarterbacks. When it’s all said, and done he will likely have every major passing record in school history and might even be the first signal-caller to win the Heisman Trophy for the tide.

#TankforTua is already a popular mantra among the Miami faithful and there have also been reports that the front office is already eyeing Tagovailoa with the top pick. It seems as if trading for Josh Rosen isn’t the answer the franchise was looking for, perhaps just a way to mask the dumpster fire of a season that is about to be put on display.

Although the Dolphins appear to have less than adequate talent on key positions on offense, Tagovailoa has a chance to thrive in the 305.

Four ex-Alabama defensive stars with big stats in week one of NFL season
Success for UA’s rushing attack hinges on Deonte Brown’s return from suspension
To Top
%d bloggers like this: