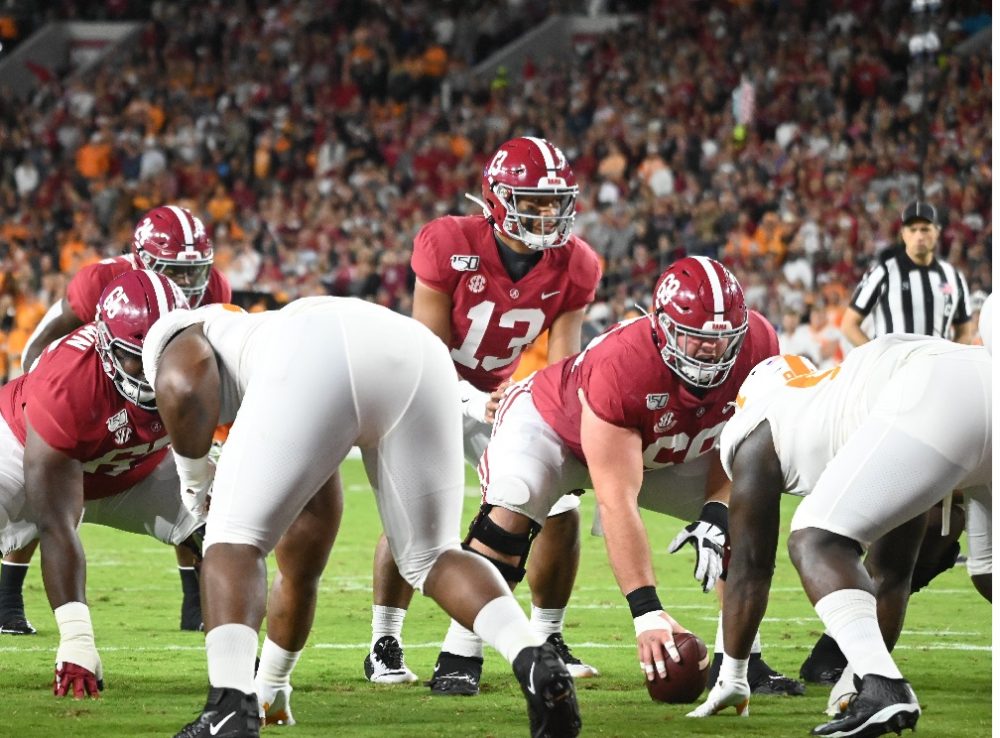 If you want the most detailed information on Tua Tagovailoa’s injury, then look no further as we break down in medical explaination what to expect and what happend.

This morning Tua is having an MRI, (magnetic resonance imaging) to determine the extent of his ankle injury. An MRI uses a strong magnetic field and radio waves to create detailed images of the organs and tissues within the body. It can tell if ligaments and cartilage is swollen, torn or snapped.

The part of the ankle that the medical staff is worried about is a possible tear on the syndesmosis. Here’s a picture of what that looks like.

What the syndesmosis ligament does is make the ankle stable and in perfect alignment. We don’t know yet if Tua’s ligament is torn or not and if it is, to what extent. A good MRI will show that.

Quoting from Very Well Health, If a damaged syndesmosis is left untreated, poor results often occur. The ankle joint is held in proper alignment by the ends of the tibia and fibula, which wraps around the inner and outer side of the ankle. If the syndesmosis is damaged, the ankle joint may become unstable.

This is for a severe ankle sprain with tears. In a worse case scenario, surgery is required and screws are put in to stabilize the ankle in proper alignment. Given how well Tua was walking and the initial assessment in the locker room, an injury that severe was not given a high probability.

Many of us have strained our ankle and maybe called it a sprain by mistake. Sprains are ligament injuries while strains are muscle injuries. Tua has a high ankle sprain. This means that the ligament is damaged higher up the ankle rather than lower by the foot.

Tua will have his ankle elevated to help reduce swelling, he’ll be given anti-inflammation drugs to promote healing and lessen swelling. The ankle will be rested from extended periods of weight on it, unusual movements and periods of icing and rest with the ankle elevated higher than the chest.

Given that Tua was seen walking without crutches, he may be diagnosed to have a grade one ankle sprain. A medical definition of that is ,you can walk without crutches, but may not be able to jump or jog. You will feel pain when weight is put on it. This is when the ligament is only stretched.

A grade two ankle sprain involves swelling and bruising. pain without walking, but you can take a few steps. This is when there is a partial tear of the syndesmosis ligament.

Grade three, which you can rule out, is Intense pain, walking is difficult, ankle instability (i.e., a feeling that it will give way). In other words you’d be on crutches or your ankle would roll. This is the injury that would take at least 6-8 weeks to recover from.

In Tua’s case, if it’s just a grade one sprain, it can be healed in as little as two weeks completely. One week for good mobility and the second week of not placing a lot of strain on it. You can be sure though that the staff will take no chances and tape or secure the ankle for the LSU game.

Today he underwent a “tightrope” procedure that tied his injured ligament to his strong femur bone. It’s very similar to the injury he had treated on his other ankle last year, but this one is not deemed to be as severe. Here’s an image at how that procedure looks. It’s done without a very invasive cut being done and heals quickly.

While he won’t have problems in straight drop back and passing, only his running and cutting ability could come into question in that all important LSU game.

Larry Burton has been published in almost every media outlet for college sports and now primarily writes here for Touchdown Alabama. Follow Larry on Twitter for inside thoughts and game time comments athttps://twitter.com/LBSportswriter