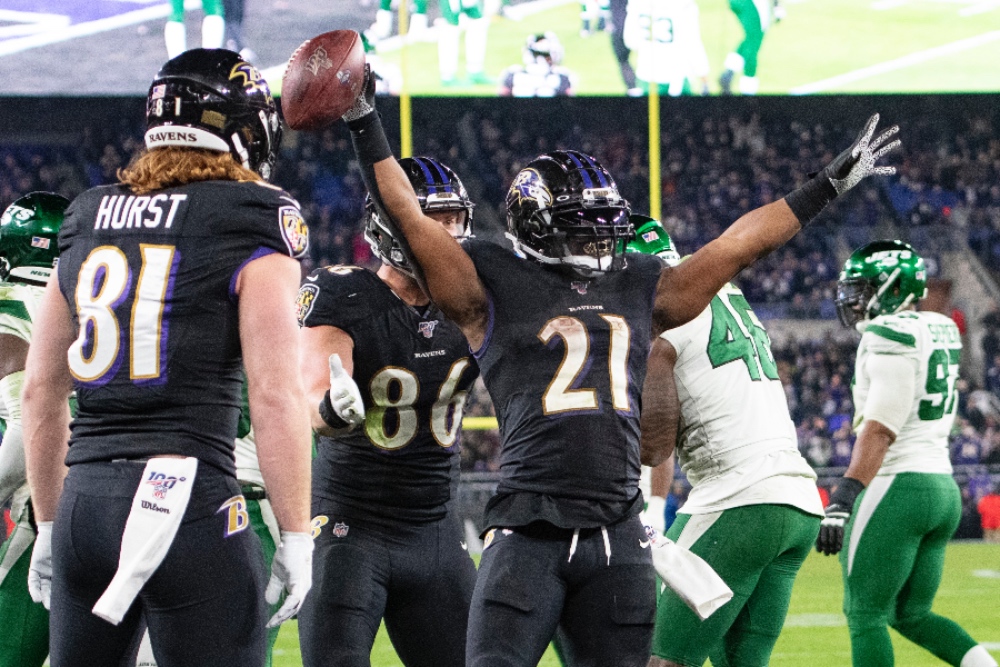 This past decade has been one of great success for the University of Alabama football. From national championships to Heisman Trophies to first-round NFL Draft picks, the school has written its name in sharpie on the history pages. But as the decade comes to an end something special occurred during the Baltimore Ravens game against the Cleveland Browns on Sunday.

Former Alabama running back Mark Ingram took a second and one hand off five yards to put his rushing yard total to over 1,000 for the season.

What was significant about the carry was that it now put three Alabama running backs over 1,000 rushing yards for the season. Ingram now joins Oakland Raiders running back Josh Jacobs and Tennessee Titans running back Derrick Henry.

For a couple of years, there seemed to be a narrative surrounding former tailbacks from Tuscaloosa and how they seemed to underachieve a bit in the NFL. It does apply when looking at players like Trent Richardson and Eddie Lacey, but the current backs are proving that theory wrong.

Alabama now has three former running backs in the top 15 in rushing yards this season and four in the top 25 if you include Kenyan Drake who has been on a tear since he was traded to the Arizona Cardinals.

With all of this production coming from one school in the NFL, the conversation about which school is RBU is becoming a bit more one-sided.

Alabama is by far the team of the decade with five national championships
Lamar Jackson looks out for former Alabama OL, Bradley Bozeman
To Top
%d bloggers like this: