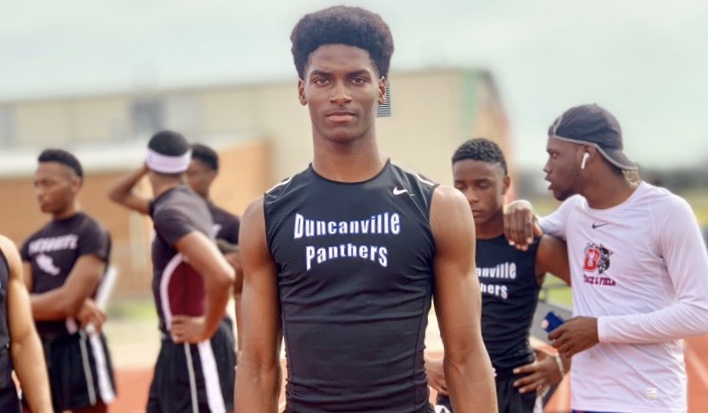 Alabama offered 2020 defensive back, Ennis Rakestraw, on Tuesday, which showed the Tide does not mind adding another defensive back to their 2020 recruiting class.

#AGTG Extremely blessed to receive an offer from my DREAM school The University of Alabama 🔴🐘 #RollTide pic.twitter.com/vGZmsXsX4C

Rakestraw is a 3-Star defensive back out of Duncanville High School in Duncanville, Texas.  24 Division one Schools have offered Rakestraw. Alabama joins Georgia, South Carolina, Arkansas and Missouri as SEC schools, who have extended an offer to the 3-Star recruit.

Seven schools offered Rakestraw in the month of December alone. The Tide is the second school to offer him in January. The Texas product said Alabama’s offer is one he dreamed about at a young age.

“It is an unmeasurable feeling to receive an offer from them,” Rakestraw said. “Alabama has been my dream school since I was eight.”

Alabama’s special team’s coach and Texas area recruiter, Jeff Banks, informed Rakestraw of his offer from the Tide. Rakestraw’s relationship with Alabama is starting to get stronger.

“Our relationship is mutual right now, but we are starting to get closer,” Rakestraw added.

At 6-1 and 170 pounds, Rakestraw is projected to play cornerback at the next level. He has reportedly clocked in a 4.40 forty-yard dash time.

There is no visit date set for Rakestraw to get to Alabama, but expect the Tide to try to get him on campus for an official visit before the traditional signing period in February.

Rakestraw plans to sign to the school of his choice in February. The Tide signed four 2020 defensive backs during the early signing period. Nick Saban expressed they wanted to add at least four defensive backs in this class and it looks like they will attempt to add another to a group, who lost Jared Mayden, Shyheim Carter, Trevon Diggs and Xavier McKinney to the NFL and graduation.