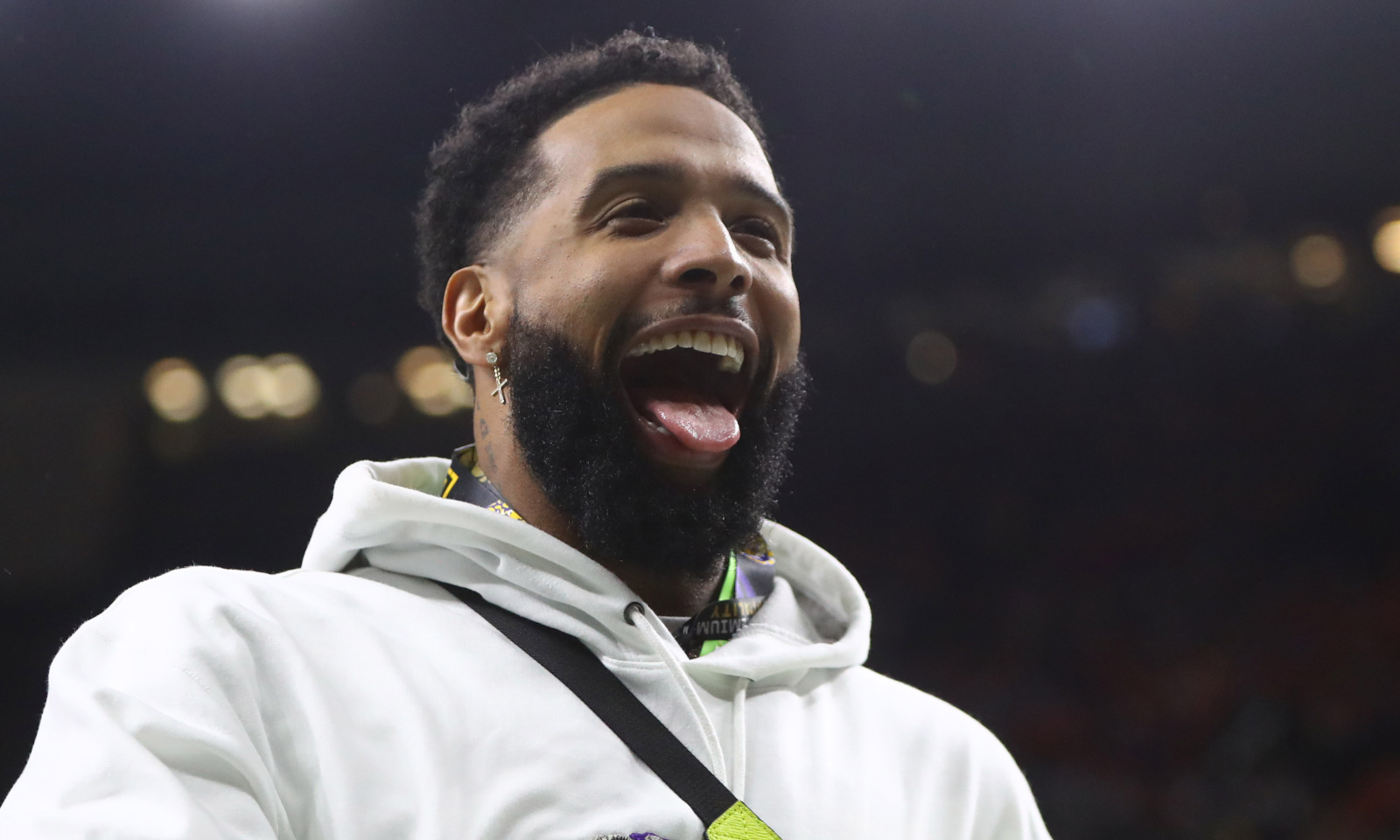 He is often given the benefit of the doubt, due to how talented he is, but Monday night was not the proper showing for Odell Beckham in representing Louisiana State University.

After watching his Alma mater dominate Clemson in the second half of the College Football Playoff National Championship Game and win the matchup, the former wide receiver step onto the field with a lot more than excitement. In the height of the moment, he pulled out an undisclosed amount of money and gave it to Justin Jefferson.

At the time, Jefferson was under the umbrella of LSU athletics as a student-athlete and the incident was caught on camera.

Odell Beckham the ultimate MCM, handing out money to someone doesn’t need it anymore pic.twitter.com/9q6PYFFsPn

He would also provide funds to other players and despite the school telling the NCAA it was “fake money,” Joe Burrow said otherwise. For its first Heisman winner since Billy Cannon in 1959, Burrow told reporters the money was real – adding more hurt to the pain of Tiger fans losing Joe Brady to the NFL and immediately causing the NCAA to start an investigation.

If the money is proven to be legitimate, huge penalties await the Tigers.

Along with this, Beckham’s gesture may also ruin things for other schools.

According to an article in USA TODAY Sports, the CFP officials will review sideline access for guests.

To provide more drama with the incident, Beckham was also hit with a misdemeanor charge of slapping a security guard on the buttocks inside LSU’s locker room after the game and a warrant for his arrests was released.

The CFP officials want to alleviate as much drama as possible and with this, there may be a result of Alabama not having former players on the sideline for CFP games.

Odell Beckham slapped a police officer’s ass while the dude was working and then taunted him to his face. Fully endorse this arrest warrant out of principle. pic.twitter.com/EIRNpKRO8g

Should the officials rule in favor of not having alumni members that were former players at the games, it would bother the Crimson Tide. Seeing how the players love supporting the school and the appreciation they have for Nick Saban, the frustration would be massive if they could not be on the sideline.

RELATED: Report: Tua Tagovailoa will throw for NFL teams on a Pro Day in April

In all five of its national titles under Saban, Alabama has had former players on the sideline and they represented in a first-class way.

It will be interesting to see how the CFP will go about its ruling, but Beckham has placed former collegiate stars in a bad light with this move.