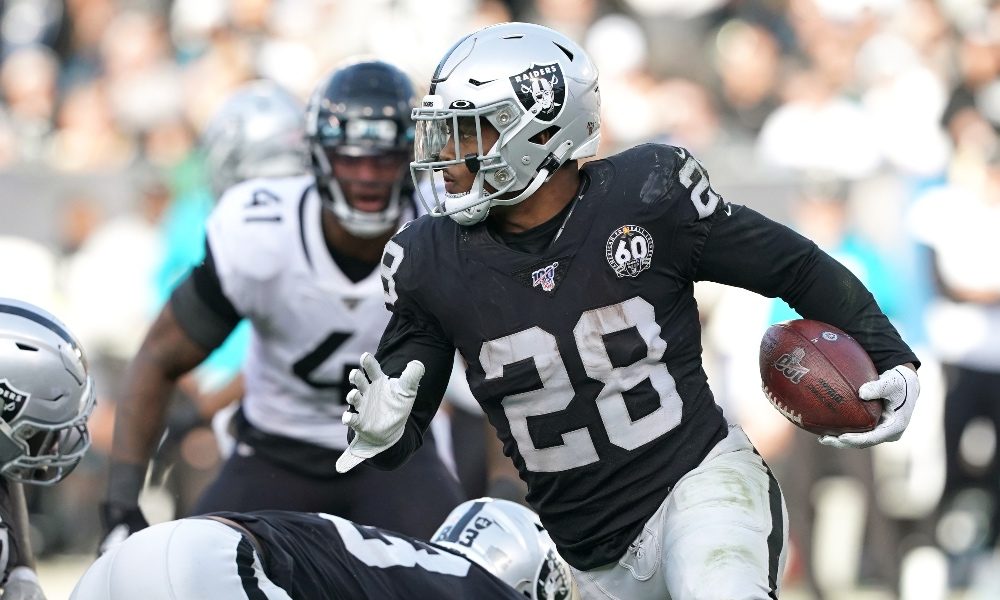 If anyone knows a thing or two about hard work it’s Josh Jacobs.

The Oakland Raiders running back is coming off a stellar rookie campaign where he broke the franchise rookie record for rushing yards in a single season. But prior to terrorizing defenses in the NFL, Jacobs was a part of some of the most talented backfields the University of Alabama has produced.

And he was a standout amongst the group.

Jacobs was also famous for making comments early on in the season of how the transition from college to the NFL was not that difficult for him.

“It’s not what everybody was telling me it was going to be, just to be honest,” Jacobs said back in October. “Since camp, I feel like I got the pace of the game.”

At the time these comments seemed a bit peculiar. How is a rookie already used to the pace of the National Football League?

Well, in an interview with Campus Lore, Jacobs revealed that he was well prepared from the practices he went through while he was at Alabama.

“Practice would be harder than the games,” Jacobs said. “People don’t believe it, but the way we practice is like when we go ones versus the ones or even sometimes ones versus twos like you feel it.

The rest of the SEC probably will not appreciate this take. @iAM_JoshJacobs pic.twitter.com/NVXNRF1LyG

It is no secret that Alabama has been a feeding ground for NFL teams when it comes to prospects since Nick Saban first arrived at Tuscaloosa. And if there were any questions as to how the team has produced so much talent over the years, Jacobs probably just cleared things up for everyone

Greg McElroy shares who he believes will be Alabama’s quarterback in 2020
4-Star OL, James Brockermeyer, reacts to offer from Alabama
To Top