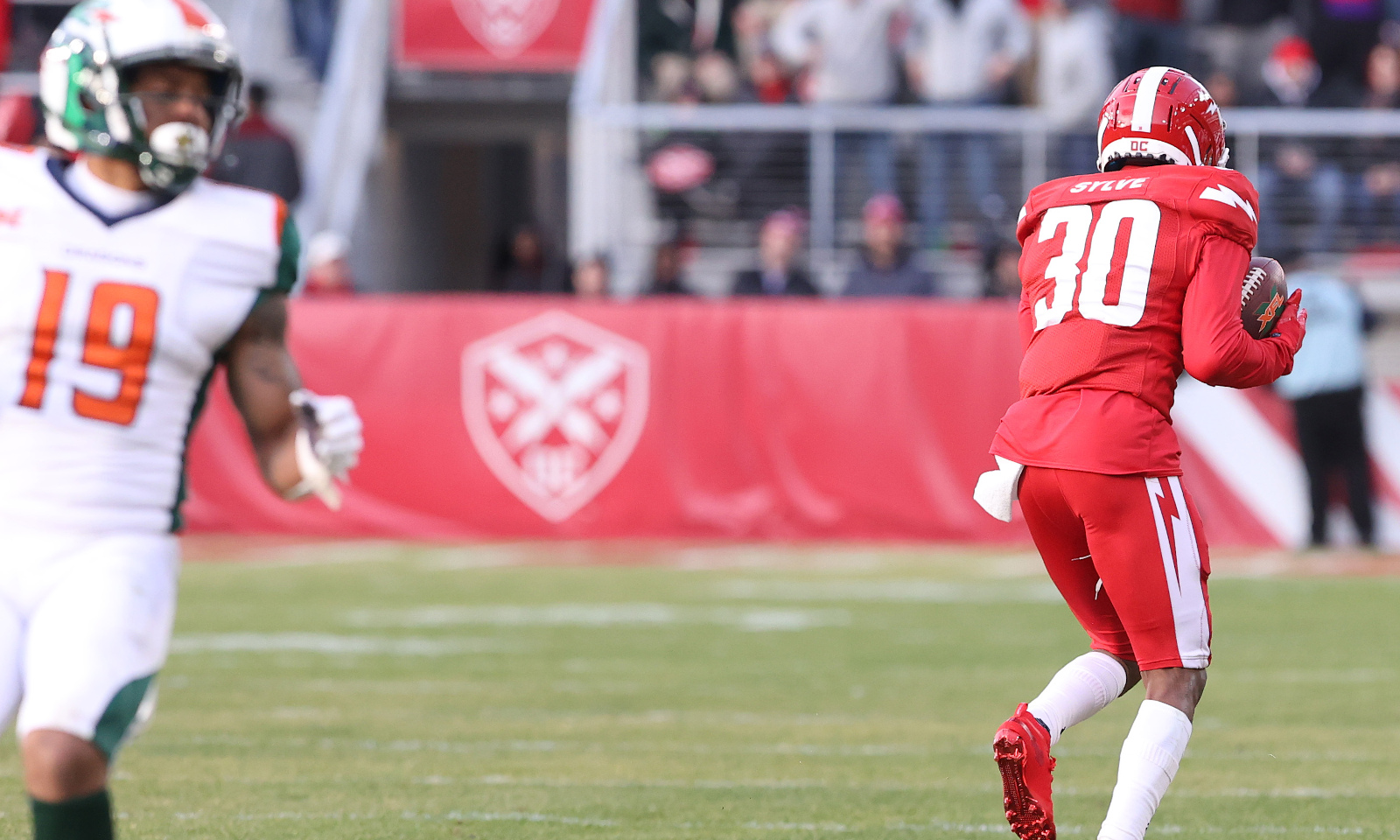 Bradley Sylve came to the University of Alabama as a receiver in the 2011 recruiting class; however, his best plays came at cornerback.

When Auburn picked on Eddie Jackson in the 2014 Iron Bowl at Bryant-Denny Stadium, the Louisiana native came off the bench and recorded two critical pass breakups in the Crimson Tide’s 55-44 win.

He was on three national championship teams and parlayed that into collecting interceptions for the Birmingham Iron in the one year of existence (2019) for the Alliance of America Football League.

Ever determined, Sylve is back in football and he expects to remain.

RELATED: Two former Alabama players will make their debut in the XFL this weekend

He made the roster for the DC Defenders in the new XFL and in his debut on Saturday, Alabama fans saw flashbacks of his ball skills and incredible speed.

With the Defenders leading 25-19 over the Seattle Dragons in the fourth quarter, the Dragons had some momentum on offense.

It crossed midfield into the 37-yard line of the Defenders and when Brandon Silvers thought he would give Seattle the lead, the former Tide cornerback stepped in. Sylve jumped the route, collected a pick and like Deion Sanders, he high-stepped his way for a 69-yard touchdown.

As he celebrated with his teammates a few members of Alabama’s personnel – including Scott Cochran, the Crimson Tide’s director of strength and conditioning – retweeted the video of Sylve’s interception.

His instincts led to a 31-19 victory for the Defenders and the team’s first win in the inaugural XFL.

Sylve and his guys will take on the New York Guardians next week.

Alabama has 10 players invited to the 2020 NFL Scouting Combine
Kansas City re-signs former Alabama receiver, Gehrig Dieter to its roster
To Top
%d bloggers like this: