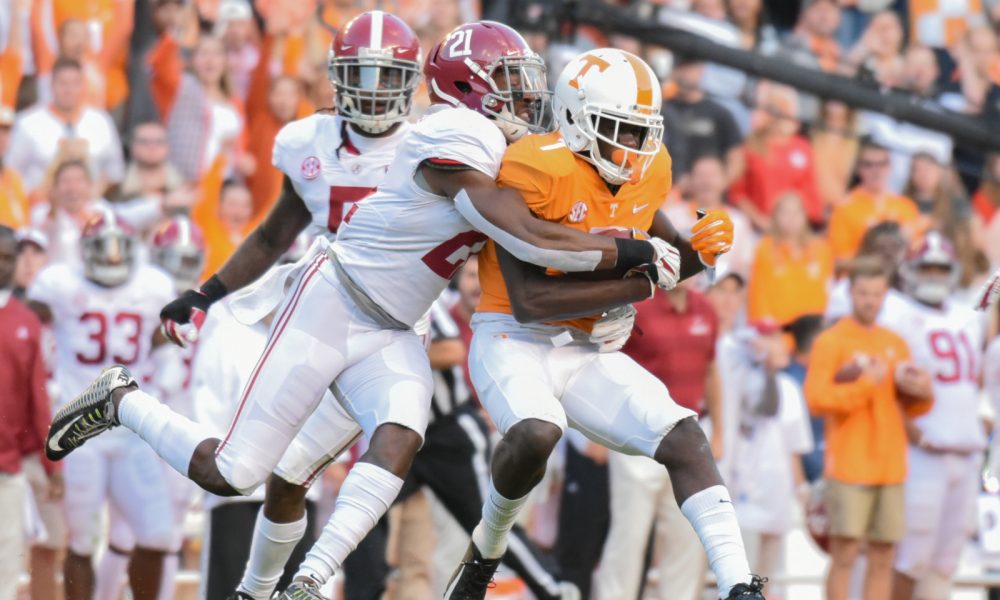 He will be one of many defensive backs at the NFL Draft next month, but he will forever remember the career he made in college.

For Jared Mayden, the native Texan chose the University of Alabama as his school in the 2016 recruiting cycle.

Once a four-star prospect, he would go on to record 82 career tackles – including 59 coming in 2019 as a senior at safety.

Mayden had a team-high four interceptions last season, with three on senior day at Bryant-Denny Stadium versus Western Carolina.

He prides himself on being a versatile defender and Nick Saban made sure of this, playing him at cornerback, star (nickel) and safety in his tenure.

RELATED: Former Tide safety, Jared Mayden has one goal at the Senior Bowl

At the Reese’s Senior Bowl in Mobile, Ala., Mayden proved his versatility by working in multiple spots within the secondary for the Cincinnati Bengals’ coaching staff.

On Friday, the soon-to-be NFL star joined yours truly of Touchdown Alabama Magazine on In My Own Words. Mayden discussed what led to him choosing Alabama, his performance on senior day and the pride he takes in being a versatile defender as he enters the pros.