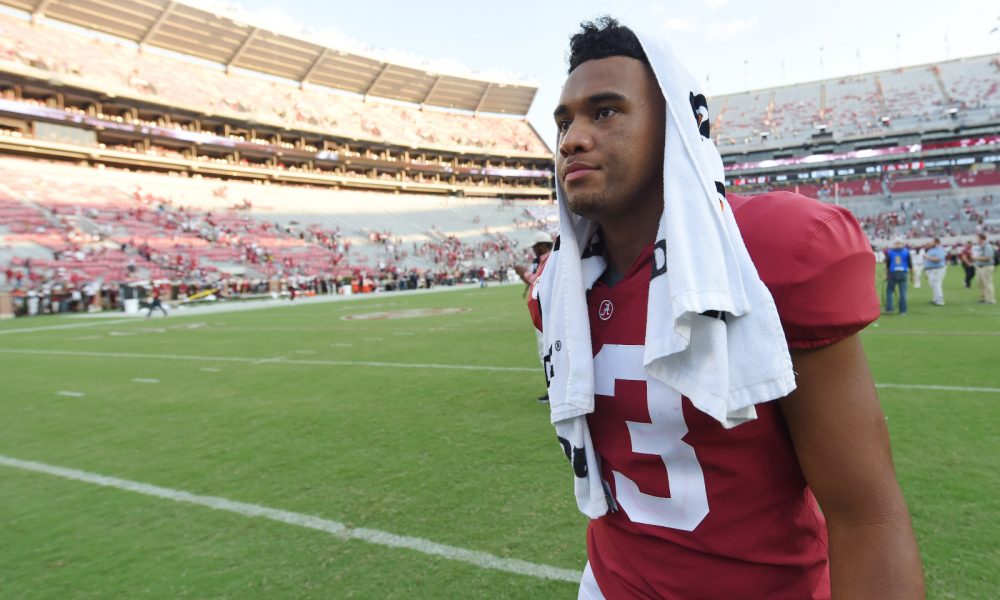 Some people claim the title of “quarterback whisperer” or “quarterback developer,” but the production truly lies within Trent Dilfer.

An alumnus of Fresno State University, he played 14 seasons in the National Football League at quarterback from 1994 to 2007.

Despite playing for five teams, Dilfer captured a Super Bowl championship in 2000 with the Baltimore Ravens.

He was not the best at his position – numbers wise – however, he thoroughly understood what qualities are needed to be successful. Along with broadcasting for ESPN, Dilfer became the head coach of the Elite 11 competition – following his retirement from the NFL.

As the premier training center in the nation for quarterbacks, the Elite 11 teaches young athletes how to play the position using concepts.

Each participant is given a playbook and Dilfer show them how to manipulate it and perform well. Some of the biggest names from the program include Matt Leinart, Tim Tebow, Andrew Luck, Jameis Winston, A.J. McCarron, Deshaun Watson, Kyler Murray, Trevor Lawrence, Justin Fields, Teddy Bridgewater and Jared Goff.

Bryce Young, a five-star at Alabama, is the latest alumni member.

Dilfer has coached elite names, but Tua Tagovailoa was his best masterpiece.

A native of ‘Ewa Beach, Hawaii, he arrived at the Elite 11 in 2016. Regardless of his athleticism, Dilfer stressed the importance of maneuvering the pocket and anticipating throws to Tagovailoa.

After some early doubts, the soon-to-be national champion proved to his coach that he was locked in.

Dilfer was impressed by the improvement he made throughout the competition and he awarded Tagovailoa the Most Valuable Player honor. Not only did he heap praises on him before and after his arrival to the Crimson Tide, but Dilfer would also witness his pupil rescue his team to a College Football Playoff National Championship. He saw Tagovailoa become an All-American, finish runner-up for the Heisman Trophy, and change the way we think about the sport itself.

Although injuries prevented him from doing more, his right hip has recovered and Tagovailoa projects as a top-five pick for next month.

Since being cleared to work out, he’s been seen throwing passes on a field and at an indoor facility. On Monday, he shared a video to Instagram of he and Dilfer training on drop backs while moving through cones and firing passes.

I have a very simple job…fine tune a Maserati. This kid doesn’t need to change much, he only needs to build a foundation for a 15 year HOF career. Stop with the stupid narratives of “when” he gets drafted. Whoever drafts him wins the draft! #RareHorespowerTwitchCombo https://t.co/PNpTejc80E

He feels so confident in Tagovailoa’s ability that Dilfer said whoever takes him ‘wins the draft.’

It has been four months since his injury, but the former five-star looks great. He concluded his career with the Tide as its all-time leader in passing touchdowns (87) and total scores (96), but now Tagovailoa is prepared to hear his name called in April and lead a team to the Super Bowl.

Matt Womack records great numbers at private Pro Day in Florida
Mel Kiper has Tua Tagovailoa to the Dolphins; ESPN analyst ‘shocked’ at how good he looks in workout video
To Top
%d bloggers like this: