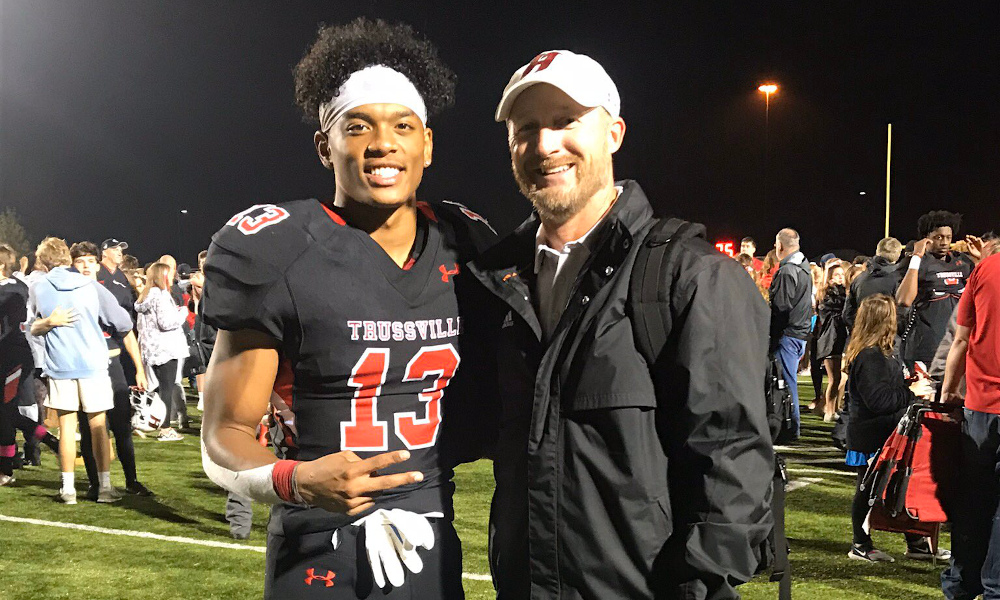 He may not be the biggest defensive back from this year’s signing class or the one known for most highlight plays, but Malachi Moore could be the most technically sound player at the position. A four-star from Hewitt-Trussville (Ala.) High School, he turned in a great senior season with 83 tackles, eight breakups and four interceptions – including two for touchdowns.

The 6-foot, 180-pounder decided to remain in-state and signed to the University of Alabama.

In studying Moore on film, yours truly of Touchdown Alabama Magazine quickly noticed his footwork, smooth rotation in his hips, ball skills and his ability to fight down the edge to make tackles in run support.

RELATED: Alabama’s “Will” linebacker lineup shows one reason not to worry about defense this year

To pair alongside his five picks and 18 pass breakups, Moore collected 147 tackles in his high school career. While everyone is hopeful for a football season in the fall, Moore has been training with a former national champion.

Justin Woodall, a native of Oxford, Miss., was recruited by Mike Shula in 2006. Saban replaced him at head coach in 2007 and in the next couple of years, Woodall would become a starter at safety.

He recorded 92 tackles combined for 2008 and 2009 and had seven interceptions.

Woodall helped the Crimson Tide capture an undefeated regular season in 2008 and a BCS National Championship in 2009.

He would go to pursue a career in Major League Baseball; however, he has returned to the football side of things as a skills trainer.

Woodall posted a video to Twitter on Friday of Moore demonstrating quick feet, change of direction and flipping his hips in coverage.

Alabama has much depth in its defensive backfield for the coming season, but fans should still expect Moore to be a star for years to come.

He has a lot of big-play potential at either safety or cornerback.