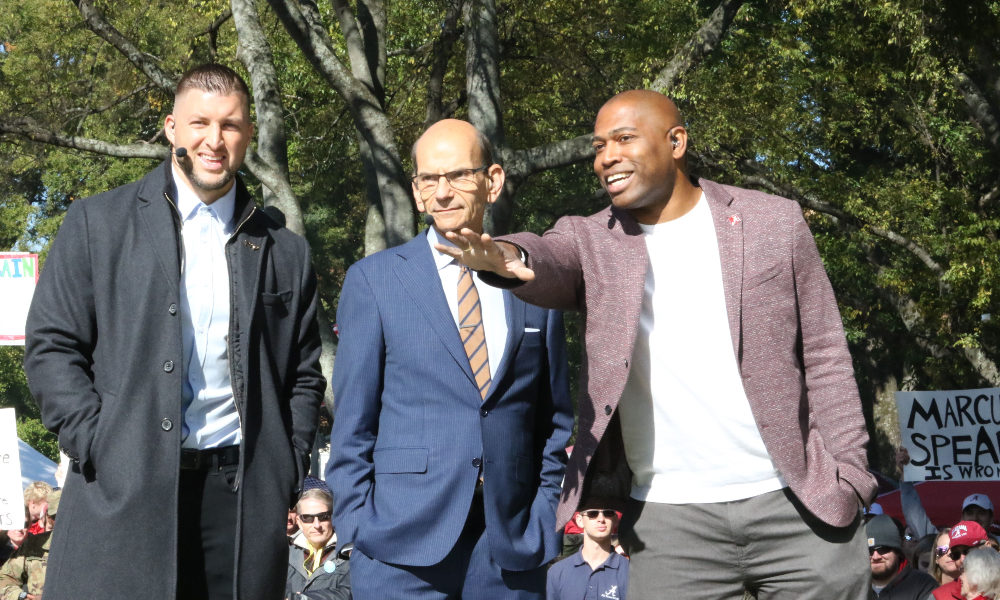 In the College Football world, especially in the south, whenever Paul Finebaum speaks people listen and there were definitely people listening to what he had to say about Alabama head coach Nick Saban during an appearance on the ESPN show “Get Up!” on Wednesday.

During the show Finebaum shared that he believed that the championship window for Saban at Alabama is closing as the head coach continues to age.

“I don’t want this to sound blasphemous, but time is running out on a national championship,” said Finebaum. “It’s been two years since he won a national champions. That’s a long time. He hasn’t gone that long at Alabama since the early part of his career there. I think this is his best team. The season is unknown at this point.

“However, there are many other programs catching up a little bit. You can no longer make a blanket statement that Nick Saban is going to win a bunch of national championships. I think he needs to win one this year or that hour glass is going to be become very dangerous for him.”

Finebaum went a step further in solidifying his statement on Thursday when he went on “The Opening Kickoff” on WNSP-FM 105.5.

“I think he needs to win soon,” said Finebaum. “My argument was his age. Age is relative. It’s not like I’m 25 years old, and I’m still holding on for dear life. Everyone knows Saban turns 69 (in October) and he still looks great.

“I think he has a fairly narrow window. … I think the clock is ticking, and I think that is obvious.”

If Saban were to win another championship this season at 69, he would tie former Florida State head coach Bobby Bowden as the oldest college football head coach to win a national title.

Father time eventually catches up with everyone, especially in sports. But judging by Saban’s ability to keep on bringing in top talent to the capstone, and was a three point loss to Auburn away from possibly making his sixth straight College Football playoff, the jury is still out.