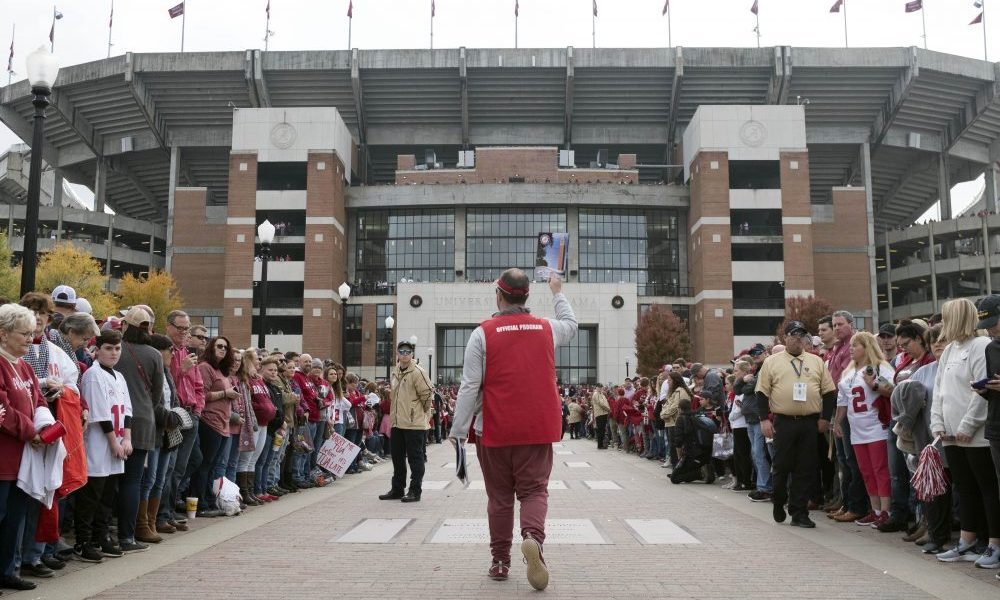 If one thing is for certain, a season without Alabama football would be a huge loss financially for the city of Tuscaloosa.

But it turns out that it isn’t quite $2 billion, and much more along the lines of 1/10 of that.

On Monday a report from CBS42 Tuscaloosa Mayor Walt Maddox was quoted indirectly saying that not having Alabama football would result in a $2 billion loss in revenue.

The story obviously blew up because of the astonishing figures stated, but there was some uncertainty amongst the true wording of the statement.

In reality, what Maddox was trying to say is that the $2 billion dollars is the entire universities economic impact, not just the football team.

Maddox clarified these statements when speaking with AL.com on Tuesday, where he also took responsibility for the confusion.

He also released the true economic impact of the Crimson Tide’s football team in a Twitter exchange with the Tuscaloosa News’ Cecil Hurt.

It's roughly $200 million for @AlabamaFTBL – @UofAlabama is a $2.1 billion impact on the @tuscaloosacity metro economy. I probably confused the heck out of everyone! https://t.co/N0ADH03CR8 https://t.co/Sqaw94pyJP

Despite the confusion, Maddox believed it spoke volumes of the program of how the prodigious size of revenue appeared to be in the realm of possibility for Nick Saban’s team.

“The thing that’s interesting,” Maddox said to AL.com, “that people would even consider that in the realm of possibility … but its impact would be felt far and wide in our community. But the fact is, Alabama has arrived if $2 billion can be mentioned and it’s not easily dismissed. I think that speaks to the power of the program itself and the success they’ve had.”

Right now, the university still plans to begin its college football season on time with no other statements or plans released on if there will changes in attendance.

Maddox said he had contact with the university and football program and is keeping an optimistic mindset on a return to sports but wants it conducted with the health of the people in the front of the decision makers minds.

“I certainly think everyone is going to do everything within their power to have football season,” said Maddox, “but no one wants to sacrifice the safety of any individual in this journey. Even knowing it would be catastrophic locally from an economic standpoint, we have to put the health, safety and welfare of people we work for everyday first. I’m sure the university shares the same values.”