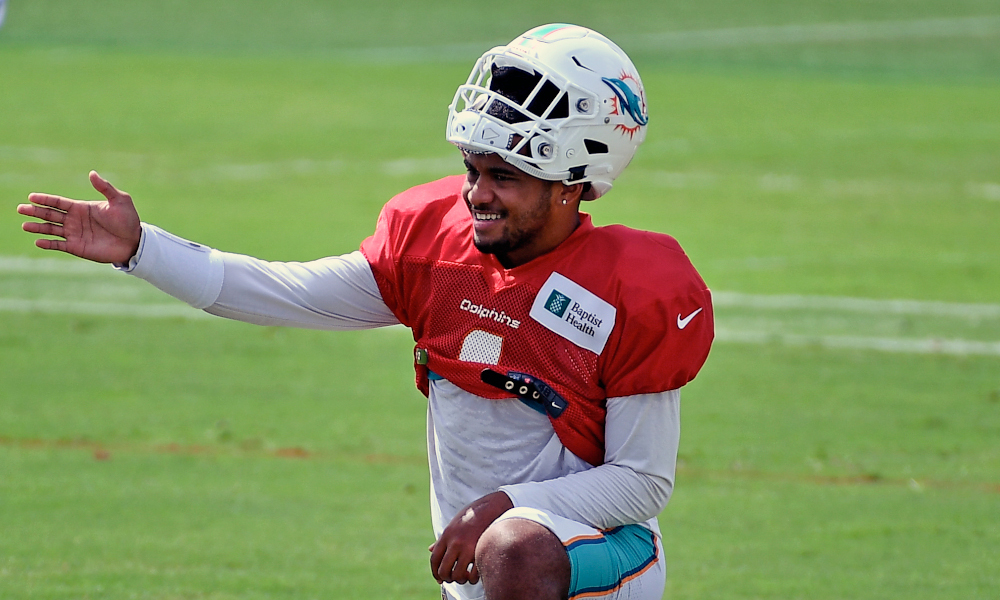 He was named the backup quarterback for the Miami Dolphins, but it is just good to see him play again after all he has been through.

When he suffered a dislocated right hip versus Mississippi State in 2019, many thought it would be a miracle for Tua Tagovailoa to walk again — let alone play football. The former University of Alabama standout missed the remainder of the season to have surgery and proceeded through a grueling rehab. Despite the stress, he aced every physical report and was selected at No. 5 overall by the Dolphins in April.

He was strong through training camp and regardless of Ryan Fitzpatrick’s experience, he knows Tagovailoa is the future of the franchise.

It has been roughly 10 months since the injury; however, ESPN’s Adam Schefter reported on the native Hawaiian being ‘ready’ and ‘available’ for the Dolphins in its season opener on Sunday versus the New England Patriots.

Tagovailoa was a full participant in practice this week.

Dolphins’ first-round pick Tua Tagovailoa, whose status for this season became in question after fracturing and dislocating his hip last November, was a full participant in practice this week and will be ready and available for Sunday’s opener at New England.

He kept a positive spirit about him, and Crimson Tide fans will see him take the field for his first NFL game.

This is huge for Tagovailoa.