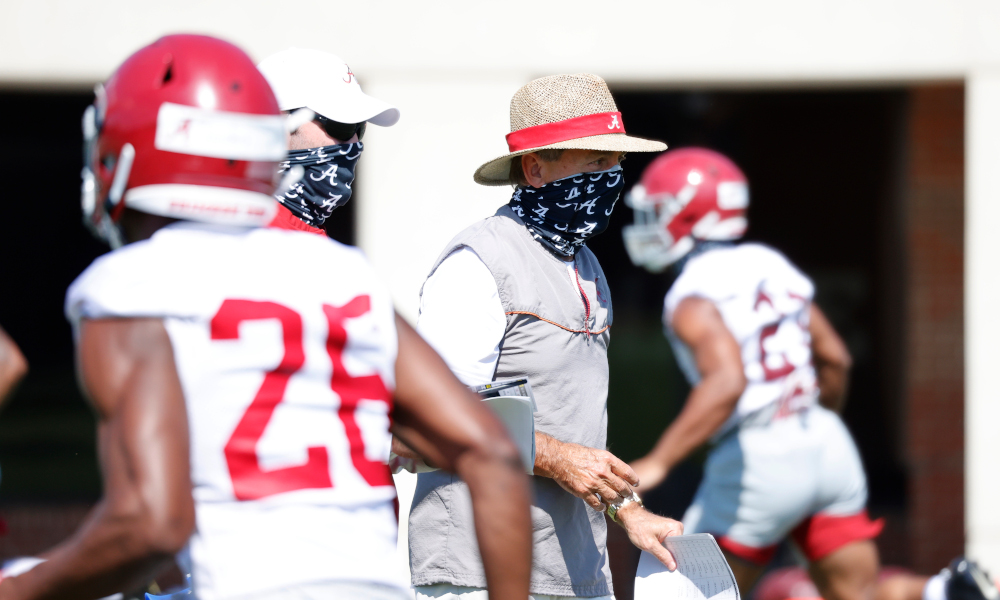 Action will not begin for the Southeastern Conference in football until Saturday, Sept. 26, but that did not stop the Associated Press from updating the University of Alabama in its latest Top 25 College Football rankings.

On Sunday, the Crimson Tide moved to No. 2.

It started the preseason at No. 3, behind Ohio State and Clemson.

After not winning a national championship in each of the last two years, Nick Saban and the Tide are focused on returning to the College Football Playoff and hoisting the trophy.

The program kept continuity on the coaching staff, returned experienced players on offense and defense, and signed a highly talented freshmen class in February. Despite not having spring practice — due to the Coronavirus pandemic — Alabama was able to catch players up to speed and have success.

Its first matchup will be against Missouri on the road to start the campaign. Coach Saban wanted the 10-game, conference-only schedule and now he has to maneuver it. He is going after his seventh national title as a coach, while Alabama looks for championship No. 18 in its history.