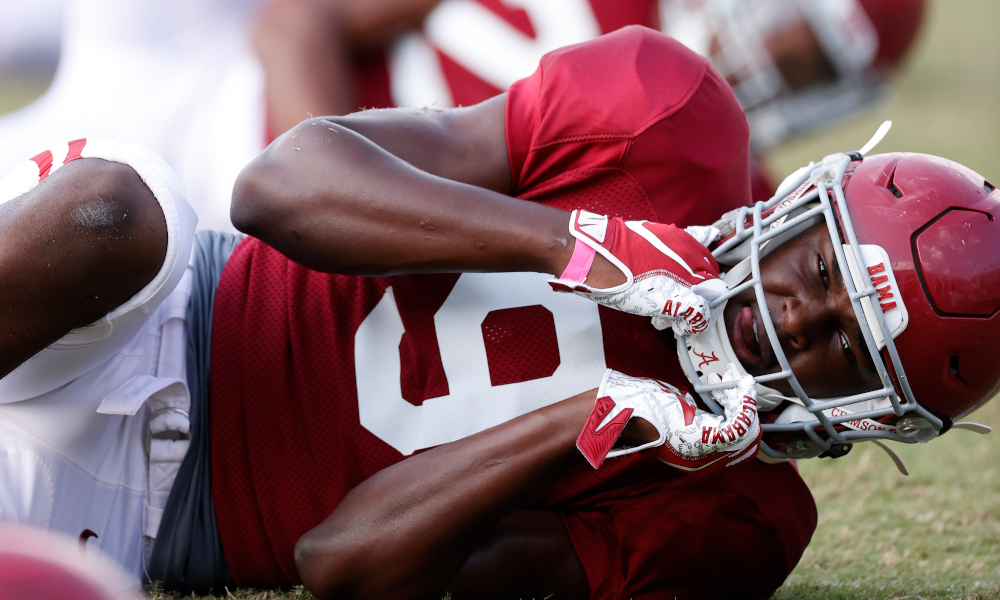 He may have praised his offense a lot in fall camp, but Nick Saban senses big improvement and a return to dominance for his defense at the University of Alabama in football. The student-athletes that were injured last year are healthy and of the six true freshmen starters on defense, one has become a vocal leader in the secondary.

RELATED: Brian Branch is ‘a baller’ and will be a ‘household name’ at Alabama, per Jaylen Waddle

As one of the most talented safety prospect in the state of Florida, he came to Alabama as a four-star in the 2019 class and made an immediate impact versus Duke. In the Crimson Tide’s season opener, Battle robbed Blue Devils’ quarterback Quentin Harris of a touchdown pass late in the fourth quarter. The 6-foot-1, 210-pounder came off the bench and tract the football on the other side of the field for an interception in the end zone. Fans of the Crimson Tide were amazed with the range he plays with, while his teammates were proud of the big play.

He would go on to record 30 tackles, two tackles for loss, one sack, one pass breakup and one fumble recovery through 13 games. Upon watching him play, Battle gives off vibes of Ha’Sean “Ha Ha” Clinton-Dix, Eddie Jackson and Deonte Thompson, in terms of his ability to attack the football inside the numbers.

He was productive in his freshman season, but his teammates see more from him.

According to Patrick Surtain II, the junior cornerback said Battle has taken big steps this summer.

“He is more vocal out there,” Surtain said of Battle. “He’s developing into the best player he can be. He is flying around out there and he’s evolving into a leadership role that we need in the secondary. We expect great things from him.”

With Jaylen Waddle speaking highly of Brian Branch and Surtain talking up Battle, this will not be a secondary that gets abused. Alabama is trying to create depth at “Money” in its dime package; however, Coach Saban is very confident about the group he has at nickel.

At safety, Battle has not given Saban any reason to question his desire to play winning football.

He intends on having the back end executing to perfection, and helping the Tide win a national championship.