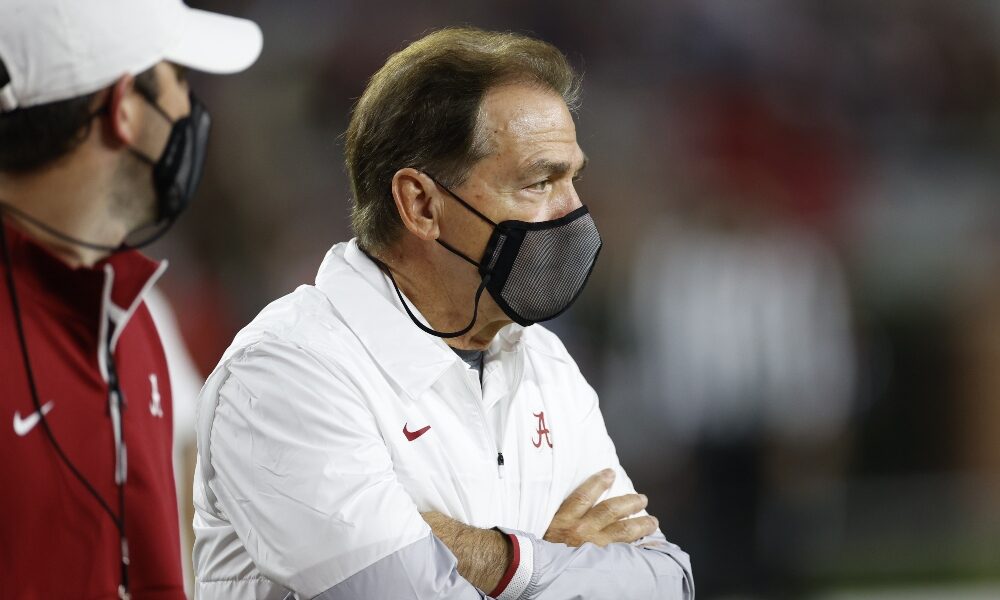 On Monday, he spoke to reporters via Zoom call and provided an update on his health. The 69-year-old missed his first career game last week, as mild Coronavirus symptoms kept him from being on the sideline against Auburn.

“I’m feeling fine, so you don’t need to worry about me,” Saban said. “Just to make it clear, I’ll be evaluated by the medical staff later in the week, and they’ll make a determination as to when I can come back. But I don’t anticipate any problems in being able to coach the game this week.”

Saban was proud of Sarkisian’s performance, but a rescheduled game versus the LSU Tigers is one that he and the Crimson Tide student-athletes have been waiting for. Last season, the Tigers came into Bryant-Denny Stadium and handed Alabama one of its two defeats on the year.

Joe Burrow led the team to a 46-41 win and the celebration afterwards was in disrespect to the Tide. In the locker room, Ed Oregon led a profanity-laced statement that was recorded and put on social media. Despite him not using revenge as a motivating factor, Saban did say the Tide has had a couple of those games under him.

Regardless of it not having the production from its national title team, the Tigers still have talented pieces on both sides of the football and Saban wants to have his group prepared.

Since 2008, Saban is 5-1 all-time at Tiger Stadium for Alabama in matchups against LSU.

Much focus will be throughout practice all week.