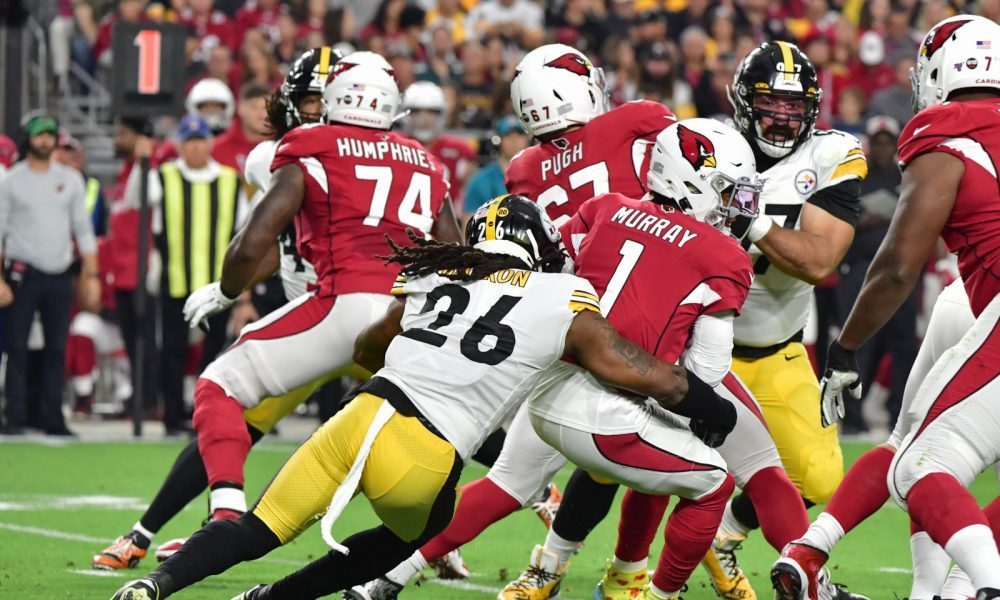 When he officially decides to retire from professional football, Mark Barron may become the mayor of Mobile, Ala.

He may have played for the Tampa Bay Buccaneers, St. Louis/Los Angeles Rams, Pittsburgh Steelers and Denver Broncos, but he carries St. Paul Episcopal High School and the people in the community on his shoulders.

RELATED: How Alabama fans reacted to Najee Harris being snubbed from Heisman finalist

Prior to being a superstar at Alabama and a pro athlete, Barron was a household name for the Saints. He was a star at running back, wide receiver and linebacker in football, leading the school to a Class 5A State Championship in 2007.

Barron was awarded Most Valuable Player of the Game and captured individual 5A state titles in track and field. For the Crimson Tide, he came in Nick Saban’s first major recruiting class in 2008 and was a leader on two BCS National Championship teams (2009, 2011).

He may not have a Super Bowl, but he has 710 career tackles, nine interceptions, 40 pass breakups and 12 sacks in nine years. Barron has always donated turkeys for Thanksgiving to the Mobile area; however, he wanted to do something bigger for Christmas. When it comes to “Paying it Forward,” he teamed up with his best friend and former teammate, Chris Rogers.

As the founder and CEO of Together Assisting People or TAP, Rogers is about helping others build communities, mentoring young men of character and transitioning athletes to life after football. During the Coronavirus pandemic, he and TAP have fed thousands of families and he saw Barron’s vision for Christmas. The former high-prized recruit helped 15 families in his areas by gifting them $1,000 each to purchase toys for their children. In a time where a lot of people have not returned to work, due to the virus, Barron blessed those families in a huge way.

Life has been about more than football for him.

He enjoys the game and it was a way for him; nevertheless, Barron consistently saw himself as an individual that never wanted to see his people struggling.

Always thankful to be in a position to bless and help the people in my community. This year i’ll be helping 15 families for the Christmas holiday. To enter for a chance to win $1000 for yr family go to https://t.co/vWBXqIquiR pic.twitter.com/aEOmEwRX7B

We are excited to partner with @M_B_24 to bless 15 families in the Mobile area with $1,000 for Christmas! Go to https://t.co/YeEGNQDTES to enter to win.

He was given a key to the Prichard-Mobile area once before, but Barron might get a statue in his city soon.