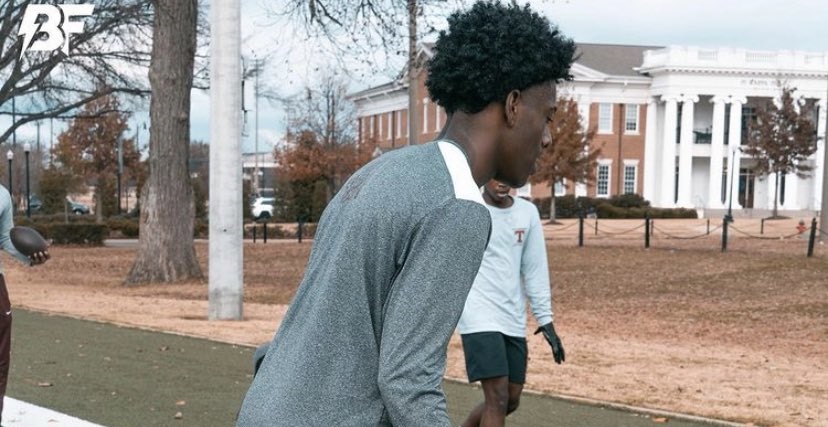 Antonio Kite has racked up football offers from Alabama and several other D1 programs after playing one year of high school football.

Kite currently attends Anniston High School in Anniston, Alabama. Basketball was the only sport Kite played as a freshman and as a sophomore. He attracted the attention of several college basketball programs early in his high school career and has pulled in basketball offers from multiple programs, including Alabama.

The Anniston product said he was taken back when he found out he had a football offer from the Crimson Tide.

“It was shocking,” Kite told Touchdown Alabama. “It was my first year playing, and I knew I did good, but I did not think I played that good. I felt I could have play better.”

This past season was not the first time that Kite played organized football. He did play in junior high.

“I played football in middle school, but it was not fun like it is now,” Kite said. “High school was more of a challenge because everyone knows what they are doing, and it is not like middle school where everyone is just running around.”

Alabama basketball extended an offer to Kite in June of 2019 when he was a freshman. Kite is one of the top point guard prospects in the 2022 recruiting class. Nate Oats’ analytical-driven playing style has Kite excited.

Kite lined up at wide receiver and defensive back last season. The Crimson Tide wants to play the in-state prospect at defensive back at the next level. During his first full season of high school football, the 2022 prospect showed great anticipation as a safety.

Despite not having much football experience, Kite is confident in his knowledge of the game.

“I feel I have good feet movement,” Kite added. “I also can read really well. I feel I have next-level football IQ.”

Alabama signed Ga’Quincy McKinstry, who is expected to play basketball and football at the next level in the 2021 recruiting class. The Crimson Tide has an opportunity to sign a two-sport athlete in back-to-back classes if they can get Kite on board.