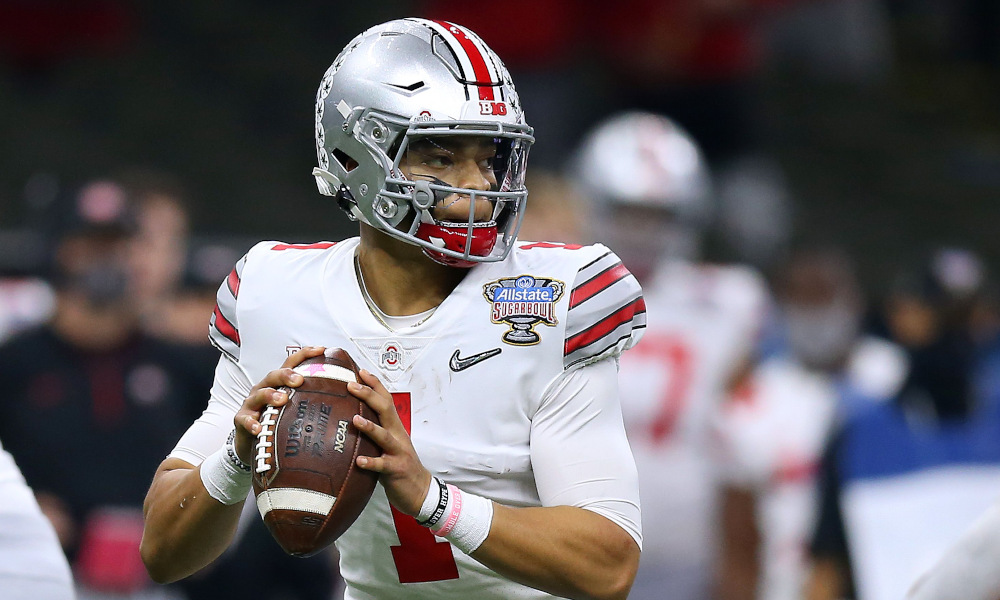 Next Monday, Alabama football will play for the College Football Playoff National Championship.

It has tasted massive success on offense under Steve Sarkisian, while its defense has had moments of strong play.

Despite all the hardware, one trophy remains and the Tide wants it the most.

This could end up being a historic year for Alabama, if things finish correctly, but a challenger stands in its way.

Ohio State is also in the CFP title game to represent the Big Ten Conference. Regardless of it playing just seven games, including five regular season matchups, the Buckeyes are in the playoff.

Justin Fields, a junior at quarterback, turned in the game of his career against Clemson. He recorded 385 passing yards with six touchdowns to one interception in a 49-28 win for the Bucks.

Alabama is on a mission for national title No. 18 and Nick Saban wants his seventh ring; however, one Ohio State legend feels as though the Tide won’t be able to play with the Buckeyes.

Eddie George cleaned up the national awards in 1995, winning Doak Walker, Walter Camp, Maxwell and Heisman Trophy honors. He was an unanimous All-American that year and his No. 27 was retired for the Buckeyes. George carved out a nine-year professional career with the Houston Oilers/Tennessee Titans (1996-03) and Dallas Cowboys (2004), and was a four-time Pro Bowl selection, first-team NFL All-Pro and was inducted into the Titans/Oilers Ring of Honor.

His number for the Titans was also retired and he is in the College Football Hall of Fame.

During an interview he had with Midday 180 of 104.5 The Zone, a Nashville-based station, George was very impressed with how his Alma mater performed against the Tigers in the Allstate Sugar Bowl.

“I thought they did a phenomenal job of getting after Trevor Lawrence and the Clemson offense, and making the adjustment of not being exposed on the perimeter,” George said. “And they attacked the perimeter earlier on, had great success, but then as the game wore on, they made some great adjustments came up and pressed their receivers forced them to come inside. “That’s a game that Clemson could not play on the inside with Ohio State, and I believe the Buckeyes took it personally and they did an exceptional job of that.”

George would also praise the toughness of Justin Fields as he continued to play, despite getting hit in his ribs.

While fans of the Buckeyes can only hope for Fields to repeat his Clemson performance against Alabama, George feels like no one can play with the Ohio State team from its CFP semifinal game.

“I don’t know where (Fields’) health is now, but that version of Ohio State, I don’t see anyone in the country that can play with them – including Alabama,” he said.

Nothing like having pride in your school, and George has a lot of it.

The matchup between Alabama and Ohio State will be good on good. We shall see what happens.