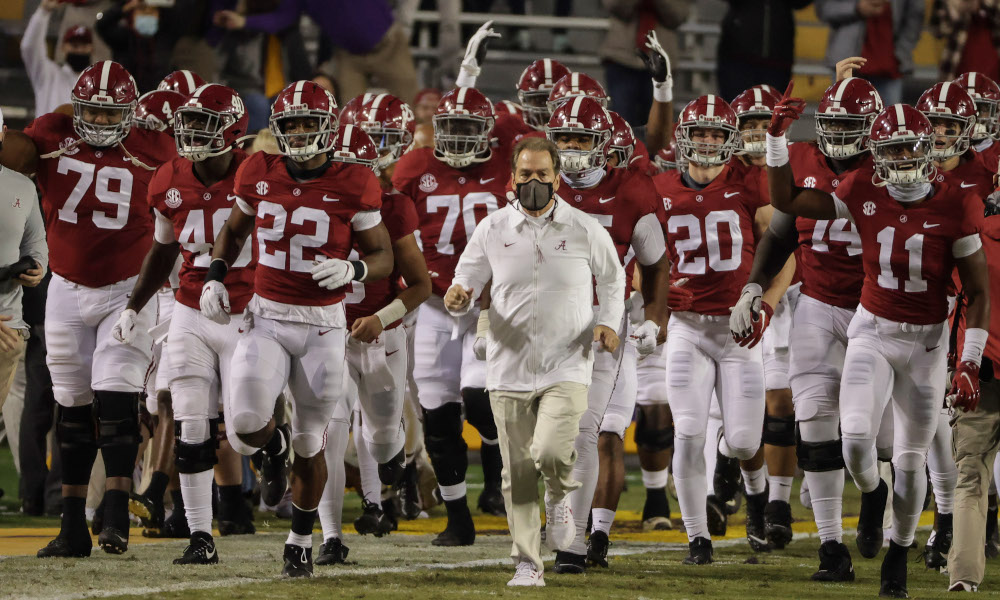 On Friday, the University of Alabama football team arrived in South Florida.

The champions of the Southeastern Conference and winners of the Rose Bowl Game made it to Miami for next week’s College Football Playoff National Championship showdown against Ohio State. Nick Saban is trying for his seventh national title and the university is going after its 18th championship in its history. An electric atmosphere will be at HardRock Stadium on Monday at 7:00 p.m. CT, as ESPN will be calling the final matchup of the 2020 college football season.

Listed below is a video of Alabama players and coaches arriving in Miami.

After a strong week of practice, the Crimson Tide is ready for the Buckeyes.