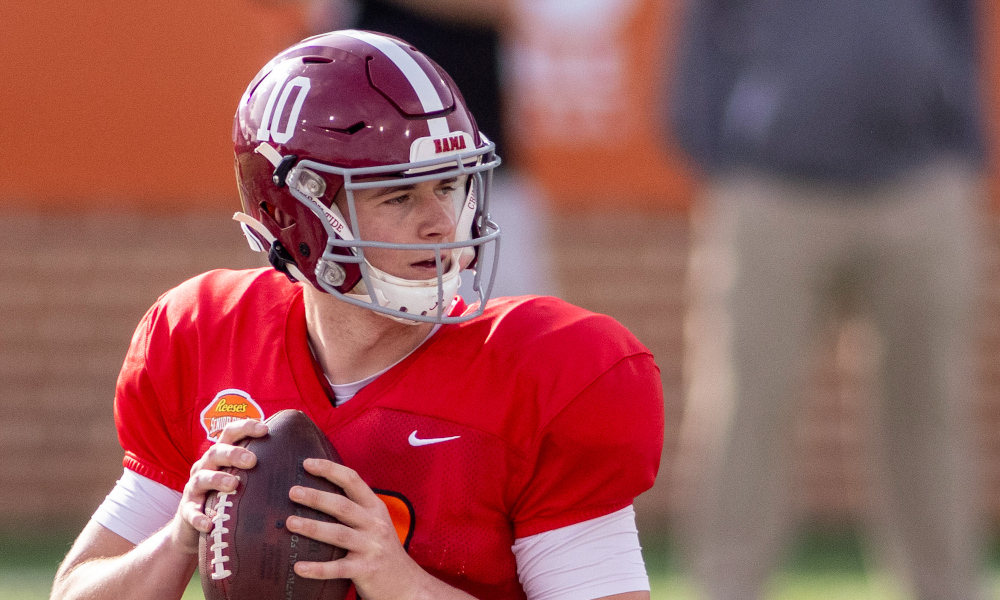 Mac Jones is working the room at the Reese’s Senior Bowl.

He needed one season as the starting quarterback at the University of Alabama to show the national audience he’s ready to excel at the next level. After setting a new single-season passing record for the program (4,500 yards) and winning a College Football Playoff National Championship, Jones dropped jaws with his accuracy and command in Wednesday’s practice at Hancock Whitney Stadium in Mobile, Ala.

His ball placement, ability to quickly process information, and feel for the offense not only impressed NFL scouts and evaluators but also left an impact on his head coach, Matt Rhule of the American team.

Rhule, former head coach at Baylor University, enters his second year with the Carolina Panthers in the fall.

Despite a 5-11 finish in 2020, the Panthers were very competitive. It has a roster filled with playmakers including names such as Christian McCaffery, Robby Anderson, Pharoh Cooper, D.J. Moore, and Curtis Samuel. Teddy Bridgewater is a good quarterback; however, Carolina needs a signal-caller that can make it a perennial playoff team. After watching Jones toss multiple touchdowns on day two of practice, Rhule has been impressed with the 2020 Heisman finalist.

He referred to Jones as an ‘alpha’ on the field.

“He has some very strong traits,” Rhule said to reporters of Jones. “He is the first guy in the running. The guy was just playing two weeks ago, so the fact that he’s here speaks a lot about who he is. You have a chance to see his intelligence. He makes quick decisions. He processes information quickly.”

If a player cannot extend plays with its feet, then the assumption is it’s not good enough.

Coach Rhule said mobility is important, but he feels that Jones is capable of it.

“I think he has good mobility,” Rhule said. “He slid and moved around in the pocket well. He looked really good yesterday.”

Carolina has the eighth overall pick in the NFL Draft and if Joe Brady returns as offensive coordinator, it would be a wise move for the Panthers to select Jones. He earned Consensus All-American honors at Alabama and on Saturday, the native Floridian looks to dominate the Senior Bowl.