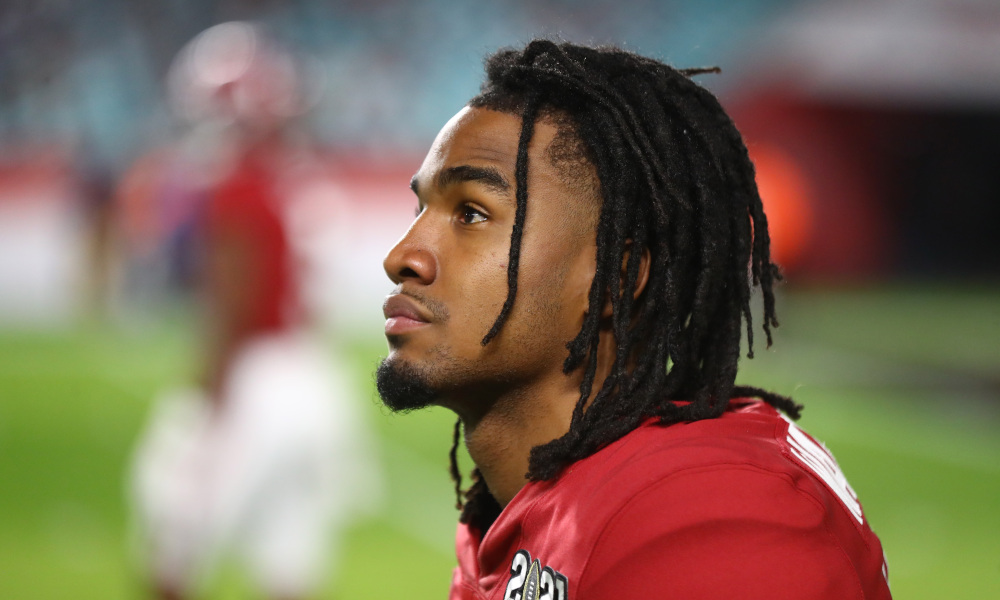 Before signing contracts to become multi-millionaires, Mac Jones, Landon Dickerson, and Jaylen Waddle are all helping people in different communities.

We are so proud of @D1__JW for partnering with @raisingcanes to support First Responders & Front Line workers in #Houston! ⛑🧯🚑

🚨Check out Jaylen’s latest IG post for all the details! 🚨 pic.twitter.com/Rwgl8VmX5C

As a Houston native, Waddle was a star athlete at Houston Episcopal. He arrived at the University of Alabama as a four-star in the 2018 signing class and became a household name.

RELATED: Charlie Weis is high on Mac Jones at quarterback, says he has the ‘It’ factor to make it in the NFL

Despite an ankle injury in 2020, Waddle returned for the Crimson Tide in the College Football Playoff National Championship Game and had an impact versus Ohio State. He had two career punt return touchdowns and returned a 98-yard kickoff for a score against Auburn in 2019. In giving back to Houston, the first 150 First Responders/Front Line workers that showed their ID at Raising Canes received a free box combo. With the Coronavirus pandemic and inclement weather that affected Texas last week, Waddle wanted to be a source of healing for his hometown. Residents of Houston and Tide fans are proud of him and look forward to seeing where he lands in the upcoming NFL Draft.

Currently, Waddle projects as a first-rounder.