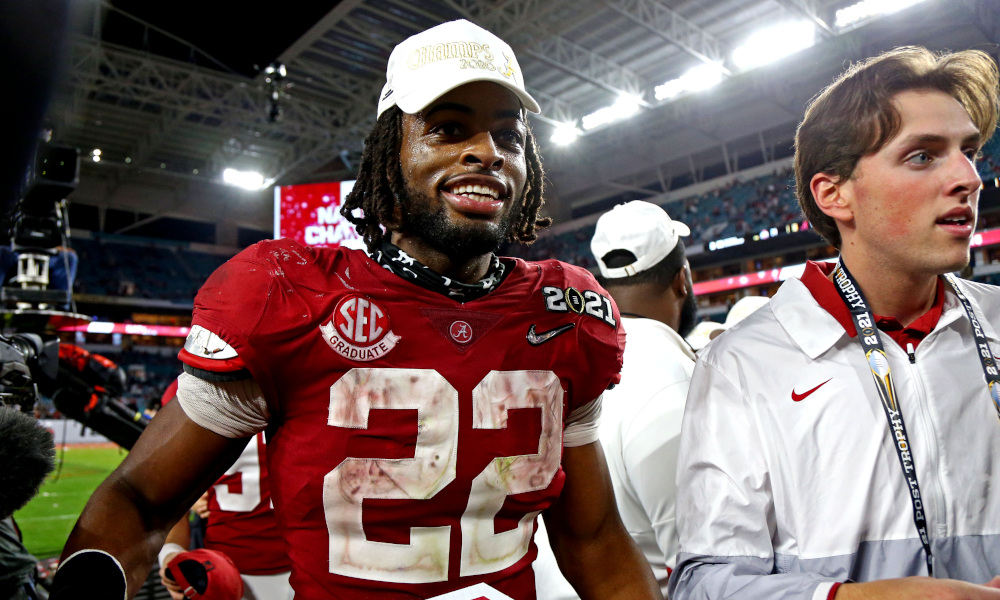 In Roll Tide/War Eagle, an ESPN 30 for 30 video, Bo Jackson said the one thing people cannot take away from individuals in the south is how much they know football.

At the University of Alabama, the gridiron game is a second language, a way of life, and a rite of passage.

Some know how serious the love of Crimson Tide football is, but others experience it first-hand in Tuscaloosa, Ala.

The term “Roll Tide” is not in the dictionary, but it should be. It does not matter what one does in Tuscaloosa or surrounding areas, it will come across at least one person who will greet it with “Roll Tide.” For Najee Harris, it was constantly hearing the term that surprised a lot when he arrived as a five-star running back from California in 2017. He got used to it, as everyone does, but the Unanimous All-American said on the Pat McAfee Show that it was a time where the term got on his nerves.

“I knew that football was taken seriously there but I did not know the fans would be that damn crazy” #PatMcAfeeShowLIVE pic.twitter.com/GmDqybW1b5

“I knew football was taken seriously there, but I did not know the fans would be that damn crazy,” Harris said. “It was just at some points I know the saying there is ‘Roll Tide,’ but like goddamn sometimes when I am just getting food they be like ‘Roll Tide, Najee’ and I’m like ‘let me just eat my food.’ So, sometimes I like to joke around with people. A lot of times they will say ‘Roll Tide, Najee’, and I would be like ‘well, War Eagle.’ And just seeing their face, they would be like ‘well hold on now. You wearing the wrong colors then sweetie.’ It is just funny because I did not know the fans would be so crazy, but if you are a football player you would want no better atmosphere to play in.”

Harris said he came to Alabama for the excitement and competition.

During his four seasons, Harris made fans proud of him. He achieved all his goals as a senior, including the Doak Walker Award.

RELATED: Alabama’s Drew Sanders working toward being an impact player in his sophomore season

Harris had 1,466 yards rushing, 425 yards receiving, and 31 total touchdowns. He was one of three Heisman finalists for Alabama, and he finished his career as the school’s all-time leader for rushing yards (3,843) and rushing scores (46).

Harris was a two-time College Football Playoff National Champion, and he projects as a first-rounder for the upcoming NFL Draft.