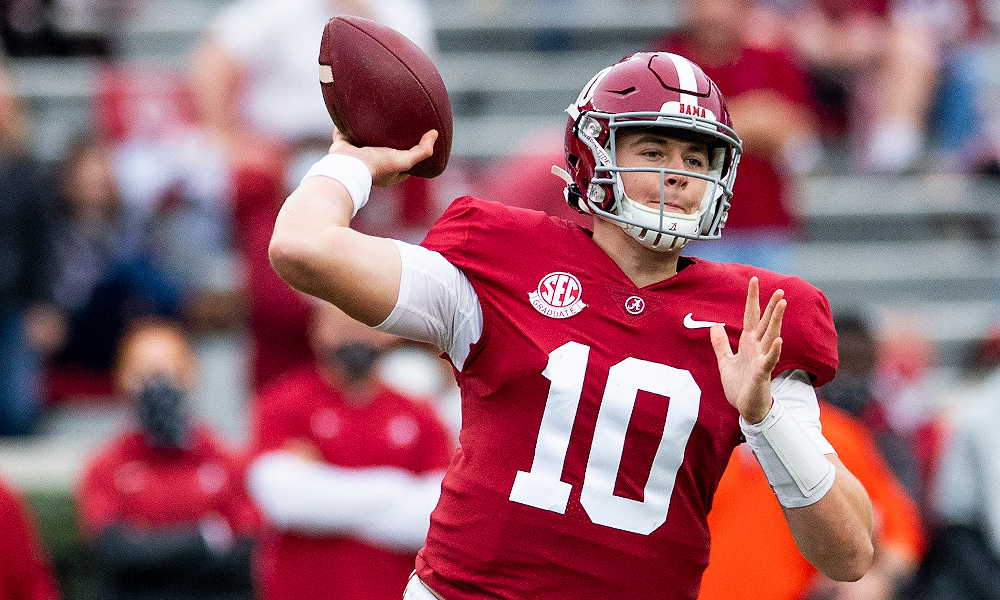 Where will Mac Jones end up after the NFL Draft?

Many people are pondering this thought, as the 2020 College Football Playoff National Champion from the University of Alabama is drawing comparisons to Tom Brady. He is not known for having big-play athleticism, but Jones’ preparation at the quarterback position led to him having a great season. As a redshirt junior, he completed 77.4 percent of his passes (311-of-402) for 4,500 yards with 41 touchdowns.

Jones was a Consensus All-American, a Heisman Trophy finalist, and a permanent team captain.

In his three postseason games in 2020, Jones tossed for 1,179 yards with 14 scores to one interception.

RELATED: Tua Tagovailoa hopes to be reunited with Najee Harris on the Dolphins

During a breakdown of the Rose Bowl, Orlovsky highlights Jones’ ability to play fast in pre-snap and post-snap reads.

For a QB—it’ll always be better to have a fast mind than fast feet. @MacJones_10 may not be “fast” but he plays that way… pic.twitter.com/Bm1VvB1Vro

Regardless of opposing teams pressuring the pocket last year, Jones was still able to set his feet, step into throws, and create marquee plays for the Crimson Tide. His preparation, accuracy, ball placement, and sneaky athleticism have pro teams intrigued about him in the first round.

Jones is looking forward to becoming the second signal-caller in the Nick Saban era to get selected early in the NFL Draft.